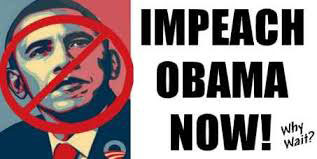 Rosemarie Bem, 67, was arrested by Atascadero police. Image from Facebook.

On Monday at 5:10 p.m., Atascadero Police Department received a report of two people being assaulted with a caustic chemical which had just occurred on the Curbaril Road Highway 101 overpass. The chemical was determined to be pepper spray.

The victims were contacted and provided a description of the suspect vehicle that had fled the area. The victims had been standing on the sidewalk of the overpass holding protest signs of a political nature for the passing public’s view. Both victims were treated and decontaminated by medics on scene.

Atascadero Police Officers checked the area and located the suspect’s vehicle approximately a mile away from the incident. The driver admitted to spraying the victim’s with pepper spray, stating it was not a planned event and she was overcome by the message on the protesters’ signs.

The victim demanded the suspect be arrested, which was carried out by the investigating officer. The suspect was then arrested, cited and released on her promise to appear in court.

Atascadero police identified the woman arrested as Rosemarie Bem, 67, a resident of Atascadero. Police did not identify victim or say what the political message was. According to a report in Cal Coast News, Bem sprayed pepper spray on a group of peaceful protestors who were holding a banner calling for the impeachment of President Barack Obama.