Paso Robles News|Tuesday, August 4, 2020
You are here: Home » Region » Bill and Cheryl Swanson donate $1 million to the Justin and J. Lohr Center for Wine and Viticulture at Cal Poly

Bill and Cheryl Swanson donate $1 million to the Justin and J. Lohr Center for Wine and Viticulture at Cal Poly 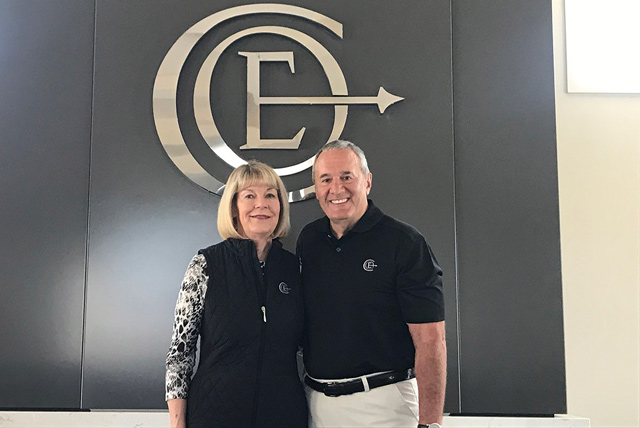 –Bill and Cheryl Swanson, longtime supporters of Cal Poly, recently donated $1 million to the College of Agriculture, Food and Environmental Science’s Justin and J. Lohr Center for Wine and Viticulture.

The gift will fund the Swanson Center of Effort Conference Hall within the grange building. The 2,728 square-foot hall will be used as a central gathering place where academia and the community will come together to network, learn and celebrate. Lectures, meetings, and events, all with a focus on industry and student enrichment, will be held in the conference hall.

Construction of the center, which includes a 15,600-square-foot winery and a 12,000-square-foot grange hall, is nearing completion, with the winery scheduled to be completed in September 2020 and the grange hall in March 2021.

Alumnus Bill Swanson (Industrial Engineering,’73) and his wife, Cheryl, have long been champions of Cal Poly, philanthropically supporting projects spanning the campus and its programs. The couple recently served as campaign co-chairs for Cal Poly’s The Power of Doing: The Campaign for Learn by Doing capital campaign. Bill Swanson, retired Raytheon Co. chairman and CEO, has served on the Cal Poly Foundation Board since 2006 and was elected chair in 2014.

The couple founded the Center of Effort winery in the Edna Valley in 2008, in the heart of San Luis Obispo wine country. The name Center of Effort references a sailing term which is the point on the sail where the forces come together and act as a whole. The concept is a guiding principle of Swanson’s winery and encompasses the overall purpose of Cal Poly’s new conference hall.

“The dedication of Bill and Cheryl to Cal Poly and the community exemplifies their dedication to providing the support needed for future generations of students to succeed,” said Andrew Thulin, dean of the College of Agriculture, Food and Environmental Sciences. “Their donation does more than provide the funding necessary to build a long-desired conference hall on campus – they are ensuring our vision of Cal Poly serving as a central hub for the entire wine industry in San Luis Obispo County and beyond to collaborate and train the next generation of winemakers.”

The Swanson’s donation is the largest single donation to the project from the Edna Valley wine region, representing a strong partnership between the university and local wineries who often hire Cal Poly graduates as interns and for full-time employment after graduation.

“When we founded Center of Effort, we wanted to create an estate winery that emphasizes sustainability and make wines that reflect our special area,” said Bill Swanson. “Our hope is that we can help future generations of students become outstanding winemakers through Learn by Doing.”

The $22 million project to modernize Cal Poly’s Wine and Viticulture program is solely donor-funded. The Center for Wine and Viticulture includes a bonded 5,000 case production, teaching and research winery, as well as classroom and laboratory space providing students with a learning environment similar to what they will experience in the wine industry.

To date, $19.3 million has been raised from donors spanning California’s wine regions. Nine million of the money raised to date have come from donations ranging from $25,000 to $1 million. Ten donors have given at the million-dollar-plus level. Additional giving opportunities remain, including the funding for the advanced fermentation research room and sensory lab.

“In addition to our Learn by Doing philosophy, student-based research is at the core of our mission as faculty members of the Wine and Viticulture Department at Cal Poly,” said Professor Federico Casassa, who teaches enology and wine sensory analysis. “Student research under faculty supervision is paramount as it not only tackles industry problems covering the entire grape-to-wine continuum, but also provides students with a broader perspective of the wine industry through the lens of wine science, including viticulture, winemaking and sensory-related aspects.”

About Cal Poly’s College of Agriculture, Food and Environmental Sciences

Cal Poly is a nationally ranked, comprehensive polytechnic university. The university’s College of Agriculture, Food and Environmental Sciences is comprised of expert faculty members who take pride in their ability to transform academically motivated students into innovative professionals ready to solve the complex challenges associated with feeding the world in sustainable ways. Students have access to state-of-the-art laboratories, including ranch land, orchards, vineyards and forests, all of which provide the basis for Cal Poly’s Learn by Doing methodology. It is the fifth-largest college of agriculture in the country, with more than 4,000 undergraduate students.