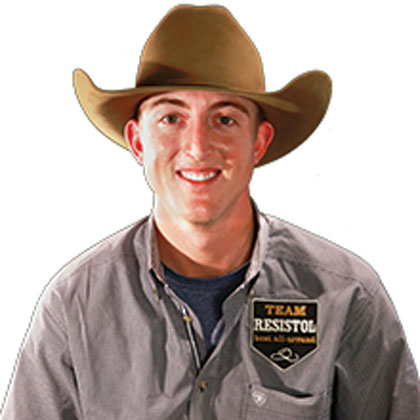 The National Finals Rodeo wrapped up last week in Las Vegas, Nev., and one local cowboy placed at the competition.

Taylor Santos, 25, of Creston, came in 9th place in the 10th go-round results for Tie-Down Roping, according to the Las Vegas Review-Journal. That earned him 4th place in the average standings with $31,731 in winnings.

Held annually since 1959 – and since 1985, every December at the Thomas & Mack Center in Las Vegas – the Wrangler NFR is ProRodeo’s richest and most prestigious rodeo, and it showcases the very best cowboys, barrel racers and livestock in the world.

Taylor Santos is a fourth-generation rodeo competitor. His grandfather, Frank Santos is a local veterinarian. He attended Cal Poly San Luis Obispo. As a freshman Taylor qualified for his first College National Finals Rodeo (CNFR) and won the tie-down roping championship. He finished in 22nd place in the world rodeo standings in 2018.

In Tie-Down Roping, a mounted cowboy starts from a box, a three-sided fenced area adjacent to the chute holding the calf. The fourth side of the box opens into the arena. A cowboy’s success in tie-down roping depends in large part on the precise teamwork between him and his horse. The calf receives a head start that is determined by the length of the arena. One end of a breakaway rope barrier is looped around the calf’s neck and stretched across the open end of the box. When the calf reaches its advantage point, the barrier is released. If the roper breaks the barrier before the calf reaches its head start, the cowboy is assessed a 10-second penalty. The horse is trained to come to a stop as soon as the cowboy throws his loop and catches the calf. The cowboy then dismounts, sprints to the calf and throws it by hand, a maneuver called flanking. If the calf is not standing when the cowboy reaches it, he must allow the calf to get back on its feet before flanking it. After the calf is flanked, the roper ties any three legs together with a pigging string – a short, looped rope he clenches in his teeth during the run. While the contestant is accomplishing all of that, his horse must pull back hard enough to eliminate any slack in the rope, but not so hard as to drag the calf. When the roper finishes tying the calf, he throws his hands in the air as a signal that the run is completed.