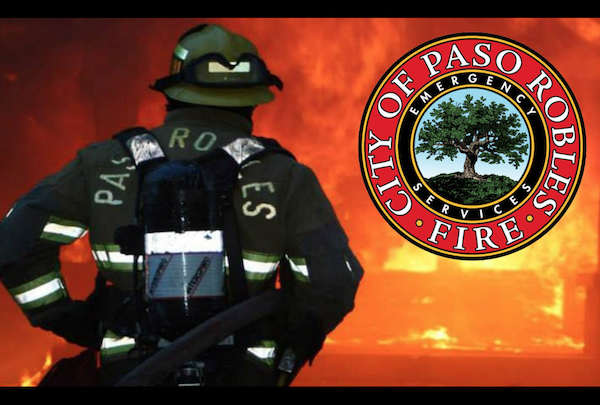 All four fires were ‘suspicious in nature and remain under investigation’

– On Saturday, Paso Robles Fire and Emergency Services responded to multiple fires within the riverbed in the City of Paso Robles.

The first fire was reported at 8:58 a.m. near the wastewater treatment plant off Sulfur Springs Rd. Upon the arrival of the first unit, a second fire was discovered north of that location adjacent to Highway 101. A third fire was discovered by units at the scene at approximately 9:39 a.m. south of the wastewater treatment plant.  Fortunately, due to the recent hazardous fuel mitigation completed by the livestock grazing, this fire remained small. All three fires were fully controlled at .51 acres at 12:38 p.m.

At 1:39 p.m. a fourth fire was reported in the riverbed along North River just south of Highway 46 East. The first unit at the scene found a fire confined to a homeless encampment with no spread to the vegetation. The fire was quickly extinguished by Paso Robles Fire and Emergency Services.

All four fires were suspicious in nature and remain under investigation.

Fire and emergency services reminds residents that the vegetation is critically dry, and the threat of wildfire remains very high. Residents need to remain vigilant to prevent “One Less Spark,” especially during the July 4th Holiday.