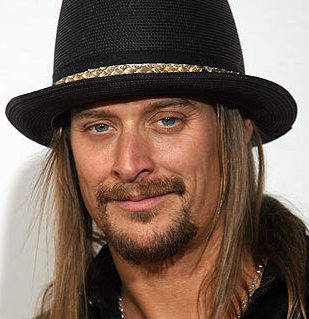 The California Mid-State Fair announced Kid Rock is returning to Paso Robles to perform in concert on Thursday, July 17, 2014 at 7:30p. The concert is part of the annual Bud Light Concert Series and will take place in the Chumash Grandstand Arena at the Paso Robles Event Center.

Ticket prices for the show are $51, $66, $76 and $101 and will go on sale at a date to be determined. Tickets will be available at the California Mid-State Fair box office, 2198 Riverside Avenue in Paso Robles, online at www.midstatefair.com or by calling 1-800-909-FAIR.

Kid Rock is best known for his spectacular live performances as well as the songs “All Summer Long”, “Born Free”, “Picture”, “Cowboy” and “Bawitdaba”. He has released 12 studio albums, including his latest Rebel Soul, and has sold over 27 million copies worldwide. Rock is a 5-time Grammy Award nominee and multiple winner of American Music Awards, People’s Choice Awards and Billboard Music Awards.

This will be Kid Rock’s second appearance at the California Mid-State Fair, having last appeared in 2011. As usual, his own excellent Twisted Brown Trucker Band will back him for the show in July.