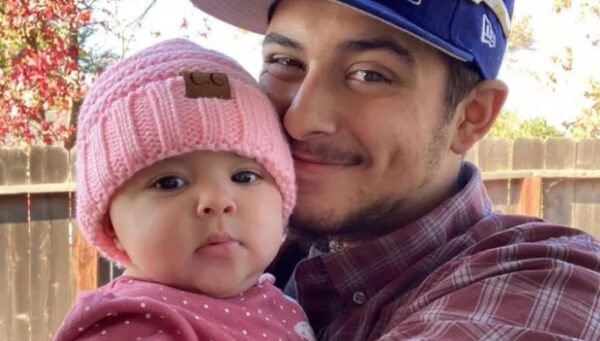 Photo of Joaquin Ripley, at right, from GoFundMe.

– Jaquelyn Ripley, the sister of Joaquin Ripley, 17, who was the victim of a recent fatal auto collision on Spring Street, has launched a GoFundMe campaign to help raise money for the family.

My name is Jaquelyn, I’m Fundraising to help my parents put my brother to rest. My Brother, Joaquin, passed away Thursday 1/13 in a car accident. He had just bought a car all on his own and was excited to test out his new car. We are beyond devastated. Joaquín was a few weeks away from his 18th birthday. He leaves behind a beautiful 6 month old baby girl, his mother, father, and 3 sisters. There are so many people pouring their love out for him. He was truly everyone’s best friend, and there are so many people he impacted positively. He grew up going to Band of Brothers retreat with his dad and would love going to Youth Group and Church at North County Christian. He loved learning about god and always put Him first. My Brother was wise beyond his short years, he loved biology and math and could recite random facts about pretty much anything. Ever since he was small he loved working with his hands and being outside or working on cars with his dad. We want nothing more than to get Justice for him and lay him to rest here in Paso Robles. If you’re able to contribute for his final expenses in any way our family thanks you from the bottom of our hearts. Thank you to the community for all of the love shown.

On 01-13-2022, at about 5:15 p.m., Paso Robles Police officers were dispatched to 34th St. and Spring St. for a report of a three-vehicle traffic collision with unknown injuries. As officers were responding, the call was upgraded to a collision with a possible fatality. As officers arrived on scene, they located three involved vehicles, all with significant damage. Officers also located the driver of one of the vehicles, a 17-year-old male victim, who was deceased at the scene. His name will not be released as he is a juvenile. The other involved drivers and passengers were not injured.

The Paso Robles Police Department’s Traffic Unit responded to the scene to investigate the cause of the collision. While the investigation in ongoing, preliminarily it has been determined the juvenile victim was driving northbound Spring St. at a high rate of speed. Several witnesses reported seeing the juvenile victim’s vehicle traveling at an estimated speed of 70 MPH. This area of Spring St. is posted at 35MPH. The two involved vehicles pulled onto Spring St. from 34th St. at the same time, each turning left from opposite sides of Spring St., and due to the excessive speed of the other vehicle, could not take evasive action to avoid a collision. The male victim’s vehicle struck both merging vehicles with a significant amount of force, became partially airborne, before coming to a skidding stop.

During the course of the investigation, several security camera videos of the collision taking place have been obtained. That footage is currently being analyzed and compared to evidence at the scene. It is unknown if drugs or alcohol played a factor in this collision pending toxicology reports.

The Paso Robles Police Department realizes this is a tragic event where a person lost their life, and our condolences go out to the family. This is an unfortunate reminder to always drive with due caution for the safety of everyone on the roadway. 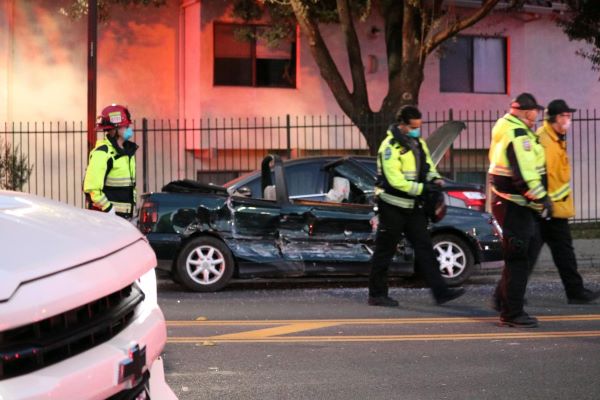 – One person was killed on Thursday in a traffic collision on the north end of Spring Street in Paso Robles. The multi-vehicle accident occurred shortly after 5:10 p.m. at the intersection of 34th and Spring streets.

In a video captured at the scene, a small convertible car is seen racing northbound on Spring Street, just south of the Highway 101 offramp. The drivers of a white minivan and a black truck appear not to have noticed the convertible as they pull out into the intersection.

When the accident was called in by a witness, it was reported that one accident victim was not breathing, and when emergency crews arrived at the scene they declared the person dead. The deceased person is described as a 17-year-old male but identity is being held until authorities can notify the next of kin. Officers said speed contributed to the collision. The other people involved in the accident were uninjured, according to reports.

Paso Robles Police secured the area with crime tape and interviewed witnesses. Both lanes of traffic were blocked due to the collision. The sound of the impact was loud enough to bring people out of their houses nearby.

A video of the accident was shared to the Paso Robles Incidents/Action Facebook group, viewer discretion is advised: https://www.facebook.com/watch/?v=707124726920719&t=0

The other people involved in the accident were uninjured, according to reports. Officers said speed contributed to the collision.

Editor’s note: No further information is available at this time. Please check back for updates.

–Photos and reporting by Jason Brock