During summer months in Templeton, water use has historically soared to 3 times that of the winter months – and at least two-thirds of that is used for outdoor irrigation.

In this part of Templeton and the drought, TCSD General Manager Jeff Briltz talks about how well Templeton did last year with water conservation, how much water is required to be saved this year, and outlines a number of ways to save water outdoors. 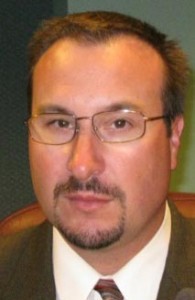 Soaring Eagle Press (SEP) – Last year (2014), everyone in California was asked to save 20 percent over their 2013 water usage. How did the residences and business served by Templeton Community Services District (TCSD) do?

Jeff Briltz – Well, there’s a number of ways you can look at the information. First of all, I want to commend Templeton’s customers – they really stepped up to the plate during much of last year – and overall – when you compare all of 2014 to 2013 – we saved about 16 percent.

Now, we started out last year actually using more water – and you might remember that January and February of 2014 were dry, relatively warm months – particularly in comparison to the prior years. So, we actually got started upside down before the Governor’s initial drought declaration. Then we made a number of changes here locally to improve conservation, and our customers really stepped up.

As a matter of fact, during the peak irrigation season – in June, July and August – we saw terrific conservation by our customers. For example, if you look at June, we used 27 percent less water in 2014 than we did in 2013. In July, we used 21 percent less and in August 19 percent less – so there were some months there where we actually exceeded 25 percent – and for most of the summer, more than 20 percent. But, the average for the entire year was 16 percent.

SEP – Now this year, we are mandated to save 25 percent. If Templeton’s average was 16 percent for the entire year (2014), that means that the average for this year will have to be increased 9 percent over what was accomplished last year. That’s significant.

Briltz – It is. So looking at the draft regulations, there’s actually a fairly specific time frame for our savings in the coming year. [Assuming the current draft is adopted], the period between the months of June and November is when we will be reporting our savings. The way the rules are currently drafted (April 23rd), we do have to file a report with the state to demonstrate our compliance – and we expect that would continue [when the regulations are adopted].

So, comparing last year during that same time period, our numbers were slightly better – we saved about 17.8 percent [as opposed to 16 percent over the entire year]. We’re going to need to step up our game another 7 percent or so to achieve 25 percent during the [June thru Nov.] time frame [as compared to 2013 usage].

SEP – 25 percent is a hurdle, and Templeton was able to do it at least one month last year – but the community will have to sustain that for several months this year. What general suggestions does TCSD have for its customers to help them achieve the required 25 percent?

Briltz – Well, we know that – particularly during the warm months – as much as two-thirds of the water is used outdoors. That’s really the low hanging fruit. We know that’s just rather obvious because we can look and see that people still use the restroom and that usage doesn’t vary much between winter and summer. We also expect people probably take showers every day – summer and winter. And yet, our summer demands are about three times as high as our coolest months.

So, in the summer months, we’re – collectively – using as much as two-thirds of the water outdoors – and we should certainly ask folks to start saving there – if they haven’t already. Even to achieve 25 percent, you don’t need to obliterate your landscaping. But you can’t over water – residents may have been overwatering for years and not even realize it.

Some early steps for everyone to take a close look at – how long are you watering – what are you watering – have you grouped like plants together – is regular maintenance being done on the irrigation system to ensure that it’s efficiently working and there are no leaks in the system? Leaks can be slow to show up – they’re not always very obvious.

We’ve already asked – and we’ve gotten a whole lot of compliance – to not use water to wash down a driveway or your roof – or wash down your house. Use a broom. If you absolutely need to clean it with water, use a pressure washer because they use far less water than washing something down with a hose.

SEP – I believe that comes from the District’s Water Code?

Briltz – Yes it does. So, we suggest starting outdoors and really evaluate your landscaping and your watering patterns. Are you adhering to the district’s current requirements – watering no more than the present three assigned days? The days you water depend on whether you live at an odd or even numbered address. Can you get by with less watering? Many types of landscaping can get by on less water.

Two – are you managing your irrigation clock? Unfortunately, a lot of people set it when they first put their landscaping in and forgot it. They may turn it off in December and turn it back on in March – but your irrigation demands in March are going to be quite different than they are in July and August when it’s quite hot and the weather patterns are different. So, actively manage your irrigations settings – you don’t need as much water in April as you do in July – even to keep the landscaping in the same condition.

When we do get rain – it might be a little late this year to expect too much more of it – are you turning the water off. Be responsible – let’s not irrigate while it rains. And actually now – you as a customer have an obligation to not to that – it’s not a district rule – it’s a State requirement. So, we believe that even though customers have done a great job in cutting back, there’s more room to improve – and going forward, irrigation is where we’re going to see the greatest savings.

In Part III, Briltz talks about how to save water indoors and shares what the district is doing to make certain that Templeton has sustainable water resources.