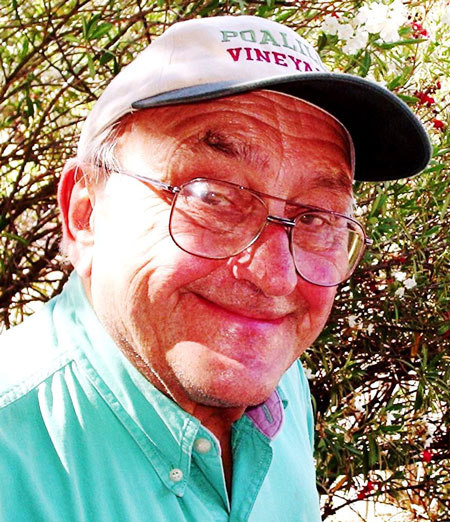 When I drove into Charlie Poalillo’s vineyard in West Templeton, the glaring summer sun bounced hot waves off the dry ground turning acres of vines to an iridescent green. Absorbing the absolute peace of the place, I drove slowly up the hill past a barn to the house which was hidden amidst a battalion of oaks that successfully blocked the sun’s bombardment.

As I pulled in under the portico, he came out to meet me. Charlie didn’t look much different than he did more than decade ago when I knew him as a Realtor and passionate winemaker who managed to inject humor and warmth into the occasionally mind-bending practice of real estate.

At 86, Charles Poalillo is no doddering old man. He radiates that Italian machismo that stays with those rarest of men as they age. We joked about how he’s gained a little around the middle and how I’ve gone blonde to hide the gray and then we got down to what he loves talking about–vines and wine.

The smile in his eyes dampened when he spoke of the love of his life, Joyce, who passed away last year. They were married for 58 years and began making wine together for the pure joy of it in 1968. At the time, Charlie had his photography business in Los Angeles and Joyce was his assistant. In 1973, after photographing 24 Academy Awards Ceremonies and countless shots of the famous and the almost famous, the Poalillos bought a vineyard property on Jensen Road and moved the family north. They sold that property in 1976 and established what has become one of the oldest dry-farmed vineyards in the county on Willow Creek Road.

“We bought our first vines as one-year-old rooted cuttings from Geno’s Nursery in Madera for 50 cents each. Of course today, they’d cost much more because they have to be protected from the root louse that decimated the French wine industry not so long ago. I don’t have to worry about that because the roots of my vines go down twenty-five feet now, and it’s so moist under there that I don’t water. I’ve been dry farming here since 1995 after the roots were twelve feet down.”

On the subject of what makes great wine, he said, “Flavor is a combination of air, light and soil; but really, it’s all weather. You can have five different flavors in five different years from the same vines.” Young winemakers could learn a lot from Charles Poalillo.

Initially, Charlie and Joyce, with a little help from their kids, planted four acres in four different grapes with only one in zinfandel. They tended their vines and made wine for themselves and their friends in the barn while becoming successful Realtors to help pay the bills. In 1990, they hired an expert to graft zinfandel scions (buds from existing vines) onto the vines on the other three acres. By 1992, the Poalillo winery was a budding commercial enterprise that won a gold medal at the Orange County Fair. It kept on getting better and better over the next decade.

A hint of sadness crossed Charlie’s face when he said he didn’t make wine anymore but pride shone through when we tasted a lovely amateur wine made by his son, Andrew. (Charlie and Joyce retired from the wine business in 2010 when they sold the Poalillo winery to daughter Susan and her husband Dave Garretson.)
At the end of the day, we walked through the vineyard together. Perhaps it was a trick of the light, but when Charlie gently touched the vines, like the faces of his children, I thought I saw them reach out to him. 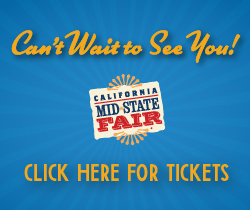