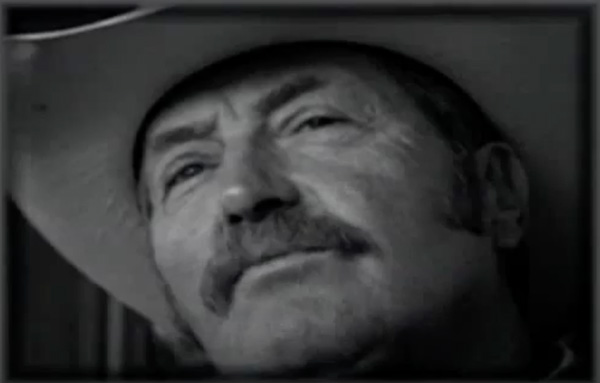 Read ‘The Dairyman’ by Clem Albertoni

–Clem Albertoni saddled up for his last ride on Feb. 17, writing the last stanza of his life’s poem which was filled with love of family, friends, country and a good time. God broke the mold when Clem was born to the late Osvaldo and Onorina Albertoni on July 19, 1938, in Salinas, California. Being born to Swiss immigrant dairy farmers shaped Clem’s early years and instilled in him the love of agriculture and the understanding that hard work was required to enjoy the benefit of the harvest. Those 35 years as a dairy farmer not only built tenacity but also broad shoulders and giant hands with fingers that resembled Swiss sausage. Hands too big to use the little buttons on a modern cell phone but perfect for a strong handshake or a warm embrace. The years of sun and sweat weathered his Marlboro Man face but his genuine smile could thaw the coldest heart. He loved his people and he loved his beasts – dogs, cows, horses, and even the occasional jackass.

Being born the youngest of three and with many cousins, little Clem was pampered and spoiled as hell. His workhorse brother Oliver and steadfast sister Esther couldn’t decide if they should drown him or keep laughing at his antics while they did most of the heavy lifting. Fortunately for his kids and grandkids who survive him today, little Clem’s life was spared and his theatrical personality was allowed to thrive and charm people all the rest of his days. 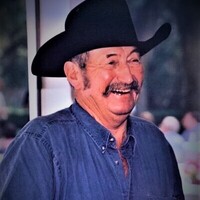 Clem charmed his way through his years at Gonzales High School where he learned some of life’s most important lessons. As a Gonzales Spartan Footballer and Basket Baller he learned that success requires the full commitment of every person on the team. He embodied this philosophy and led teams of people throughout his life…some of them he led into mischief. In 2006 he was inducted into the inaugural class of the Gonzales High School Sports Hall of Fame. He also learned that life is richer when you build friendships that last a lifetime and continued to collect loyal friends his entire life…even at the end with the dedicated nursing staff in 5th Floor Towers at Memorial hospital. And Clem’s most valuable life lesson learned in high school was the immense power of love when he met Phylis Hook. His passion for life was surpassed only by his devotion to the love of his life who he married and adored for 63 years and left behind to carry on the family traditions. Phylis was a Salinas Valley rancher’s daughter who shared Clem’s same values and taught him the thrill of hunting; a passion they shared for decades at their Reliz Canyon ranch. She was a much better shot than he, which is likely the only way she was able to keep him in line.

As the chant goes, “First comes love, then comes marriage, then come Clem and Phylis with a baby carriage”…four of them actually. Cathy Venuti (Mike), Paul Albertoni (Kim), Brian Albertoni (Anthony), and John Albertoni. For his kids, living in the shadow of a legend was not always easy, but it was always entertaining. No doubt Clem’s legacy will continue with 8 grandkids and 7 great-grandkids…and not an ugly one in the bunch. (Side note: Clem had not seen an optometrist in 20 years.) The grandkid clan from California includes Ashley ( Zac) Vaughan and Hailey Dickison; Lincoln Albertoni-Maldonado; Michael (Desiree), Giada and Sofia Venuti; Michele, Kylie and Hayden Onatanian. The Montana crew includes Jess and Drake Albertoni; Kassi (Zak) and Kashlynn Knodel. Rounding out the group are Audrey and Shane Albertoni from Virginia. But in true Salinas Valley Swiss fashion, everyone with an “i” or an “o” at the end of their name was a cousin and Clem claimed them all. He most fiercely loved his nieces and nephews, who to many he assumed the role of Patriarch. Clem basked in his role as Papa and Uncle Clem and hoped he taught at least one of them to build a rock wall, swear and tell a joke properly.

Clem’s love of family was closely followed by his devotion to this country, but especially to the fertile Salinas Valley and her genuine people. Never a spectator, he turned his love of community into action through leadership and participation in many organizations including the Gonzales Union High School Board, California Cooperative Creamery Board, Swiss Rifle Club, Elk’s Club, Silver Kings and Queens, California Deer Association and many more. Amongst all of his community commitments, his favorite involved working with youth. As a 4-H leader, he taught dozens of Soledad Mission kids the skill of turning antlers into art and had faith that his skill would be passed on to future generations of rural artisans. One would think these youngsters would be wary of this man with a gruff appearance and a booming voice, but kids of all ages loved him and were attracted like flies to a steaming cow pie.

Clem’s talent for entertaining as a poet was legendary in the Salinas Valley as frequent M.C. of “Cowboys, Cocktails, Rhythm and Rhymes” during Rodeo week as well as numerous other cowboy poetry events. His skill with words were sought by those celebrating their happiest days or their saddest. As a wedding officiant and believer in true love, he brought joy and humor to matrimonial ceremonies for dozens of couples, and was honored to pen and deliver personalized poems at funerals of friends that number 100 or more. Nobody will be surprised to hear he wrote the poem for his own funeral entitled “Dad’s Last Poem” which is sure to bring a chuckle and a tear even to the most hardened of cowboys. He was a man who filled a room with charisma and energy, but with the rare quality of making each person feel as if he were speaking directly to them. His ability to make people laugh, smile, cry and “feel” was a gift from above. Today the angels have a new entertainer in their midst, and I’m sure they are rolling in the aisles.

The family is seeking donations to offset Clem’s expensive habit of buying junk at antique stores and bidding on too many silent auction items at charity events. Seriously, what would have made him the happiest is for you all to go have a drink and share memories of him and reminisce about his last joke. If you still feel compelled to part with your hard earned cash, in lieu of flowers you can send donations in Clem Albertoni’s memory to one of the following organizations: Soledad Mission (P.O. Box 515, Soledad, CA 93960) and Alzheimers Foundation (www.alzfdn.org).

Private family services will be held, but as soon as this current cloud passes over us, we will be having one helluva Celebration of Life to memorialize this native son of the Salinas Valley.

Clem’s family is forever in debt to all friends and relatives (in-laws and outlaws) who loved him all of these years – warts and all. We couldn’t have done it without you. Sorry, Grandma, Grandpa, Aunt Esther and Uncle Oliver, we did our best to keep him out of your hair as long as we could. He’s back in your corral now.