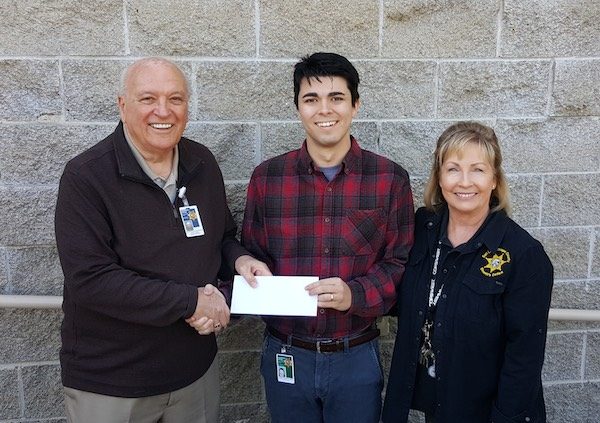 Joseph Van Meter is pursuing a career in the criminal justice system.

Joseph Van Meter is pursuing a career in the criminal justice system. His scholarship of $1,496 will be utilized to obtain his license to practice law in California which requires a Moral Character Evaluation, Passage of the Multi-State Professional Responsibility Exam and Passage of the California Bar Exam.

In May 2017, Van Meter graduated from the University of California Los Angeles–School of Law with a JD law degree; he specialized in Law and Philosophy. In April 2014, he graduated from Pepperdine University, Malibu, CA with a B.A degree in Philosophy and a minor in Spanish.

His lifelong goal is to serve as a Deputy District Attorney, prosecuting crimes, and later as a judge, presiding over those prosecutions. It is for this reason that he spent a decade studying the law and working with our state’s various governmental agencies. He has been a Judicial Law Clerk at the Los Angeles County Superior Court in Compton, CA, a Law Clerk at the San Joaquin County District Attorney’s Office in Stockton, CA and a Law Clerk/Paralegal at Chavez-Ochoa Offices in Valley Springs, CA. Currently, he is employed by the San Luis Obispo County Sheriff’s Office as a Legal Clerk assigned to the San Luis Obispo Warrant Control Bureau & the Sheriff Records’ Office.

Van Meter is married to wife Callie and they recently welcomed a son, Isaac into their family.

About the Fund: The SAF scholarship fund has been made available by a generous donation from Retired Judge Richard C. and Mary Kirkpatrick, who donated $100,000 to SAF. The purpose of the fund is to provide financial aid to help those who are pursuing a criminal justice career.