Paso Robles News|Tuesday, November 29, 2022
You are here: Home » Atascadero » $10,000 reward offered for information on the death of Thomas Jodry

$10,000 reward offered for information on the death of Thomas Jodry 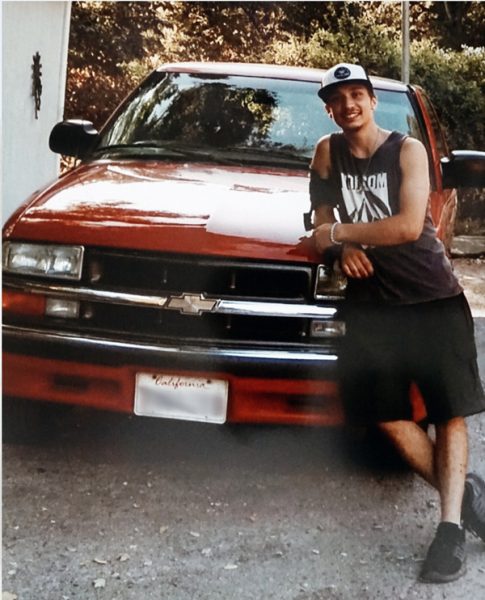 –Atascadero residents William and Mary Jane Jodry, the parents of 21-year-old Thomas Robert Jodry who fell to his death on the night of September 14, 2019, are offering a $10,000 reward for information to solving the case of their son’s death. The parents write:

Our precious son, Thomas “Tommy” Jodry died on Saturday. September 14, 2019 in San Luis Obispo. At around 9:15 p.m. emergency services were called reporting that he fell from the third floor of the Marsh Street parking structure across the street from Eureka Burger. It was a horrifying way to die.

Tommy was only 21 years old. He was just starting life and was hopeful for the future, before he fell to his death.

To the best of our knowledge, the last person with Tommy on the night he died was David A. Knight of Atascadero.

It was Saturday evening, Cal Poly WOW weekend, and the streets were crowded. The places he was seen on the night of his death include Kreuzberg Coffee, the Frog & Peach bar on Higuera Street, and the pedestrian walkway between Express and Barnes & Noble.

For more information about Thomas and the events of the night of Saturday, Sept. 14th, or if you have any information on how Tommy died, please contact William or Mary Jane Jodry at our website.

The parents filed a civil complaint on May 14, against David Allen Knight, 57, alleging that Knight “intentionally and proximately caused the death of Thomas Robert Jodry.” A civil complaint only represents one side of a lawsuit.

In testimony for the case, Knight denied that he had any criminal convictions, but since-expunged court records obtained by The Tribune show that Knight had a felony court conviction in 2003 for molesting a child under 14. 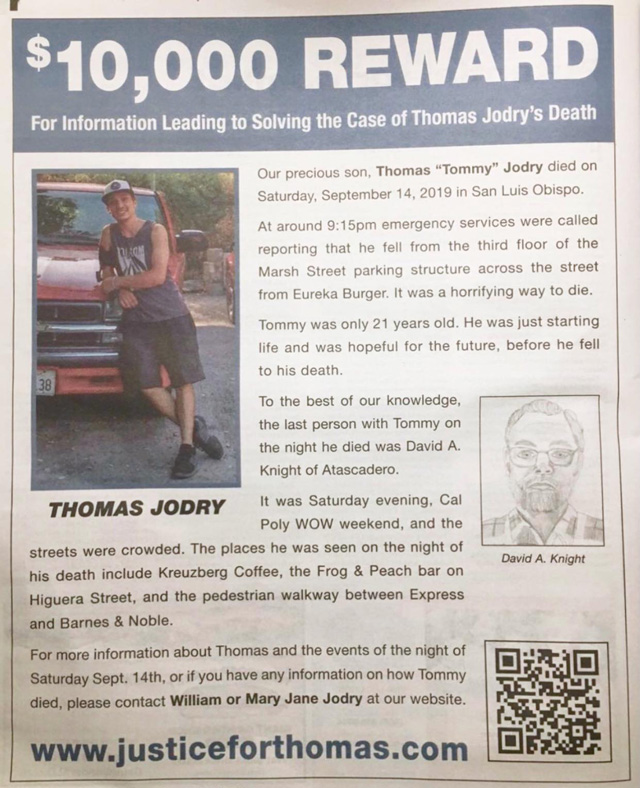