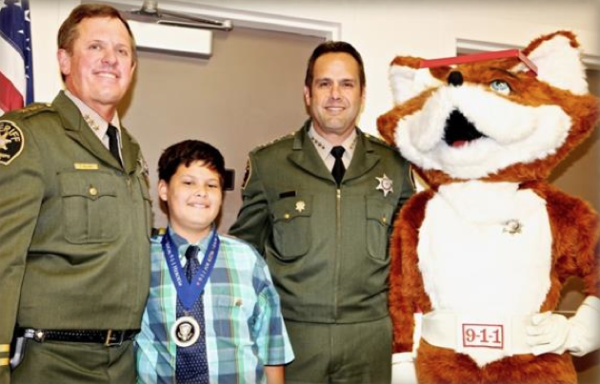 Last December, Sam was returning home after walking a dog when he heard a cry for help from a nearby home. He went to investigate and discovered an elderly neighbor had slipped and fallen in her home and had been lying there for nearly 28 hours.

Sam immediately called 911, directed first responders to her home, stayed with her while they assessed her condition, made her something to eat and drink, and even walked and fed her dog.

For his heroic actions, Sam was recognized by the Sheriff’s Office for saving a life. “Sam is a true hero,” said Sheriff Ian Parkinson. “Even though he’s just 11 years old, he had the presence of mind to assess the situation and take action – and in doing so, he saved the life of a neighbor.”

“We are grateful to Sam and are pleased to honor him today.”