On Tuesday at approximately 6:45 p.m., 12-year-old Anthony Jauregui was safely located in the same general area where he went missing. Anthony was reported missing on Monday after he was last seen walking away from his home in the Jardine area of rural Paso Robles at approximately 7 p.m. He was considered at-risk because of his age. Anthony has been reunited with his family. 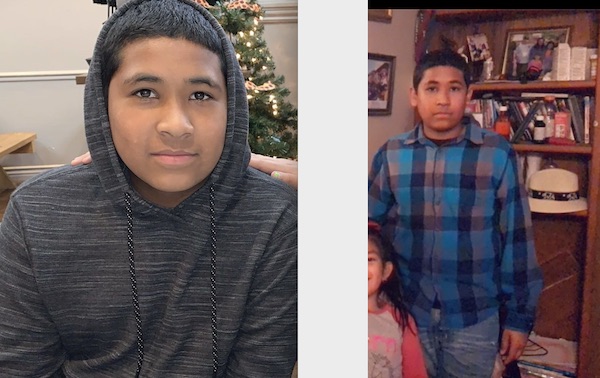 –On Monday, San Luis Obispo County Sheriff’s Deputies responded to a call of a missing 12-year-old runaway from the Jardine area in rural Paso Robles.

Anthony Jauregui was last seen walking away from his home at approximately 7 p.m. with no money or phone. Deputies immediately began a search for Anthony. A Reverse-911 call went out to residents in the area regarding Anthony. Soon afterward, members of the Sheriff’s Search and Rescue Team began looking for him.

Jauregui is considered at-risk because of his age. No foul play is suspected.

If anyone has information on his whereabouts, please contact the sheriff’s office at (805) 781-4550.