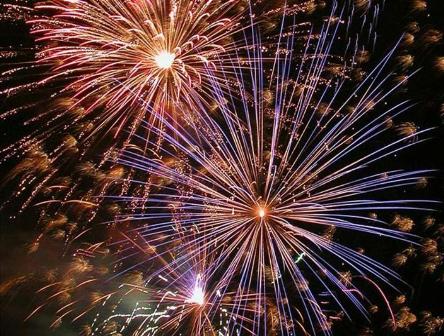 “We greatly appreciate the support of the community to come out and enjoy the celebrations at Barney Schwartz Park and the Downtown Park,” Garcia said. The 4th of July Celebration is privately funded, there are no public funds from the City of Paso Robles.

The committee members have disbanded in order to move on to other causes, Garcia said. Although efforts to date to find an organization have not been successful, the committee hopes that this important patriotic Paso Robles community tradition will continue with a new organizing group. Unless a group steps forward, there will not be an organized 4th of July celebration in 2015, he said. For more information, contact Duane Picanco at drpicanco@msn.com or Al Garcia at al.garcia@pacbell.net.

Committee member and former Mayor Duane Picanco said “The committee is very proud of the 2014 4th of July Celebration held in Downtown Paso Robles. Thousands of people came for part or all of the day to enjoy the many family events.”

The 2014 celebration began with the Paso Robles Children’s Museum sponsored Children’s Parade, then an afternoon filled with fun and games for kids of all ages in the Park, including a dunk tank, food, and music. This was followed by the REC Foundation’s Concerts in the Park and a special “Salute to America” with a beautiful rendition of the Star Spangled Banner and an amazing Estrella Warbirds flyover, and finally followed by a spectacular fireworks show over City Hall and the Park. “It has been an honor for the 4th of July Committee to serve the community in this patriotic event,” said Jim Fritsche, Committee member.