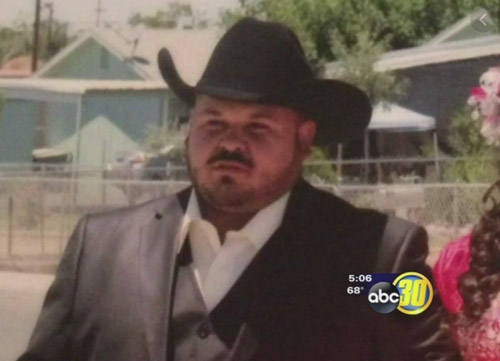 –California Governor Gavin Newsom on Wednesday announced the availability of a $50,000 reward for information leading to the arrest and conviction of the perpetrators of an unsolved murder in Avenal.

A $50,000 reward is being offered for information leading to an arrest and conviction for the murder of Santos Cabrera. On February 5, 2015, the 31-year-old father of three was fatally shot while leaving a barbershop. The Avenal Police Department has exhausted all investigative leads and requested that a reward be offered to encourage any individuals with information about this murder to contact law enforcement. Anyone with information on this case is requested to contact the Avenal Police Department at 559-386-4444.

The money is being made available as part of the governor’s crime tip reward program under Penal Code § 1547. This law allows the Governor to offer a reward of up to $50,000 for information leading to the arrest and conviction of perpetrators for certain unsolved crimes, and up to $100,000 for certain crimes against first responders or for arson upon a place of worship. The governor may issue the reward only upon a recommendation from law enforcement officials.

In February 2015, ABC News station KFSN reported that authorities were searching for a suspect who shot and killed Santos Cabrera in front of an Avenal home. He was a husband and a father of three.

Avenal police said Cabrera wasn’t in a gang and didn’t associate with the criminal lifestyle, which is why they are so concerned about a hitman-like shooting that left Cabrera dead on the spot, the report said. The shooting happened when Cabrera was leaving a friend’s house near Fifth and Stanislaus in Avenal. Witnesses interviewed could only describe the getaway car as a small vehicle parked down the street.

More information on the Governor’s Reward Program can be found here.