6 Rules How to Prevent Drunk Driving 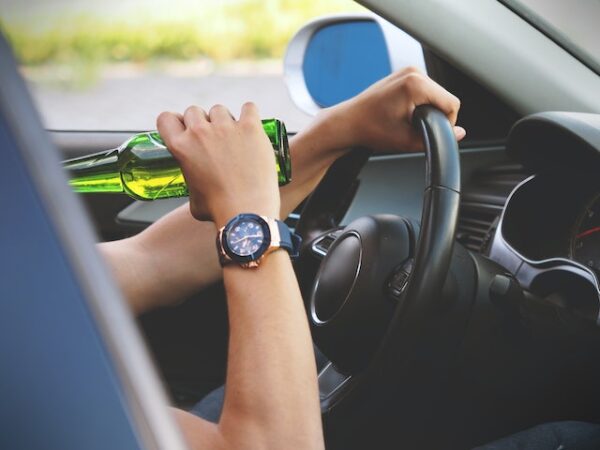 One of the most imminent dangers to human life is driving while intoxicated. Besides inflicting harm on yourself, you also run the risk of heavy fines or even ending up in jail. And let’s not forget about getting your license suspended.

But the most severe damage you can do is hurt innocent people in your vehicle and other traffic participants, including pedestrians. Imagine the guilt and regret you’ll feel if you accidentally injure a close friend or, even worse, kill someone.

The good news is that both individuals and authorities can do many things to prevent drunk drinking and stimulate responsible behavior. Below, we present six ideas to help you avoid drinking and driving when hanging out.

Always Have a Designated Driver

Typically, you don’t go to town alone. Use this to your benefit by appointing one of your closest pals a designated driver. In practice, this term refers to someone who undertakes to stay sober the entire evening. The volunteer will have to refrain from alcohol and help the others arrive to safety after the hectic night out. An alleviating circumstance is that many bars sell or give away non-alcoholic beverages to designated drivers.

Another way to highlight the issue is by giving assignments in high school and college. Professors should support the fight against alcohol and distribute drunk driving essay examples to make the problem visible. Thanks to this strategy, young people get educated about their challenges and responsibilities early in the process.

Finally, if you’re going out alone, refrain from drinking. Sitting behind the wheel in an intoxicated condition is the worst-case scenario that carries multiple risks. You can always have a whale of a time without alcohol in your body. Hence, be on the safe side by ordering a club soda or a mocktail.

An excellent way for cities and state governments to prevent drinking while driving is to set up sobriety checkpoints around town. It will be ideal if these points are in busy areas and visible to the drivers. Moreover, mass media should publicize sobriety checkpoints to raise awareness among drivers.

The rationale behind this strategy is to discourage drinking and driving. Since checkpoints are frequent and inspections regular, drivers must avoid getting intoxicated. The program urges police officers to stop vehicles briefly in designated locations and check impairment. Overall, this measure can reduce the number of accidents due to drunk driving.

US Centers for DCP have found that every day almost 30 people die in car crashes caused by a driver impaired by alcohol. Therefore, people should avoid driving under the influence of alcohol at all costs. Under no circumstances should they have a (BAC) of 0.08% because, according to the law, this percentage constitutes a crime.

However, not all people respect the law, so authorities must consider increasing the penalties imposed on drunk drivers. If the fines are exorbitant, this can prevent people from using vehicles when drunk. Moreover, people will think twice before they consume even a drop of alcohol and sit behind the wheel.

Besides being efficient, severe fines imposed by courts are also less costly. Police surveillance is a heftier alternative since it is enforced on all drivers. Conversely, heavier court fines will only concentrate on deterring drunk drivers from committing the crime again. Imprisonment, license suspension, and after-tax income reduction are other effective measures against drunk driving.

These little devices, known as ignition interlocks, can save many lives. So it’s of the utmost importance to install them in all vehicles, particularly those of convicted offenders and first-time drivers. These efficient deterrents constantly measure the alcohol level on drivers’ breath.

And what do they do with the information that a driver has a BAC above 0.02%? The interlock will prevent the vehicle from starting, and the person will have to find another way to get home. Ignition interlocks have proven to tackle repeat offenses effectively.

The speed at which alcohol progresses toward your blood vessels is much faster on an empty stomach. As a result, your motor skills and mental ability to make rational decisions while in traffic become slower and ineffective. When you drive drunk, your vision blurs, and you are more susceptible to causing a car crash.

Therefore, pay attention to your food intake. Although this isn’t a justification to drink alcohol, the effects will be lesser. When you consume food, it decreases the inhibition level and helps you stay sober. Besides having a meal, you can reduce the impact of alcohol if you’re taking sips for prolonged periods. In short, avoid shots and consume spirits in lower quantities in between bites.

Timely prevention is the best cure for any problem. Yet, if nothing else helps and you get arrested for driving under the influence, not all hope is lost. Preventing drunk driving can still happen with the help of assessment and treatment programs.

So, what can you do if charged with alcohol-impaired vehicle use? The court will probably order you to undergo a specifically tailored program combined with other sanctions. As an offender, your performance will get closely monitored by the authorities.

Finally, assessment and treatment are crucial for specialized courts. These institutions undertake to improve the behavior of alcohol-impaired offenders and get them on the right path.

Steering the wheel under the influence is a grave problem across the United States. Every year thousands of innocent people die as casualties of drunk driving. However, the number of fatalities can decrease if we all act with reason and responsibility.

Above all, every driver must become aware of the issue and refrain from using a vehicle unless 100% sober. Second, city councils and states must enhance their attempts to regulate and prevent driving while intoxicated. The most efficient methods governments can implement to reduce incidents include sobriety checkpoints, higher fines, and ignition blockers.