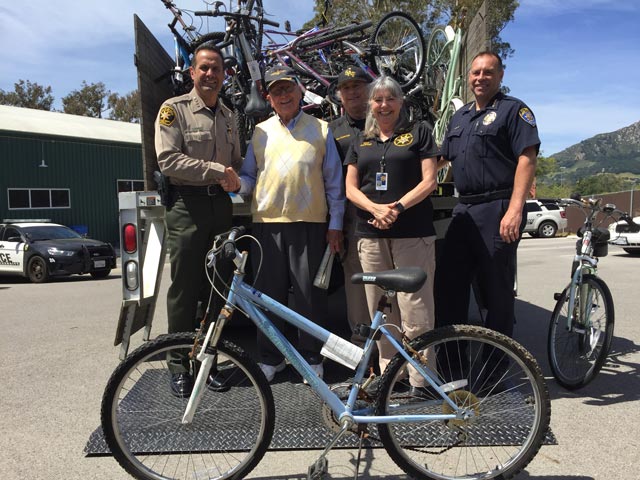 The bikes were loaded up and taken to the Sheriff’s Honor Farm where they will be completely refurbished by inmates and then handed out to kids in need this holiday season during the Sheriff’s Office Christmas Bicycle Giveaway.

This isn’t the first time Don has done something like this. He’s donated bicycles from the Cal Poly auction to the Sheriff’s Bicycle program for several years. Don says he always gets “great joy” in making his donation because he knows it’s going to a great cause, the children in our community.

Sheriff Parkinson was on hand to accept the donation from Don, a former professor at Cal Poly. The Sheriff and the entire Sheriff’s Office extends a big thank you to Don for his generous gift and giving spirit.