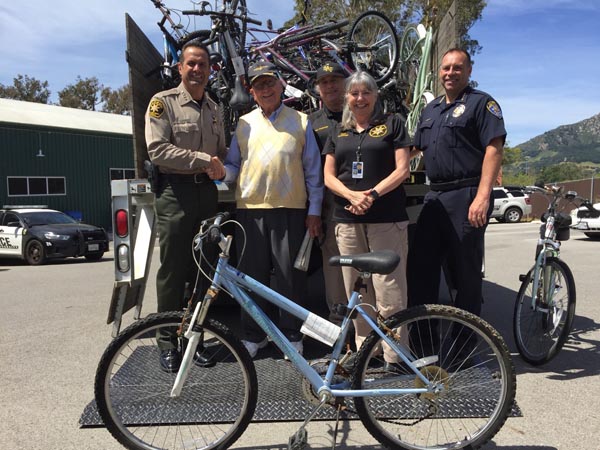 –Christmas came early to the San Luis Obispo County Sheriff’s Office Bicycle Program. That’s because 87-year-old Dr. Don Morris bought and then donated 85 bicycles that remained after Cal Poly held its annual bike auction. The bikes were loaded up and taken to the Sheriff’s Honor Farm where they will be completely refurbished by inmates and then handed out to kids in need this holiday season during the Sheriff’s Office Christmas Bicycle Giveaway.

This isn’t the first time Morris has done something like this. He’s donated bicycles from the Cal Poly auction to the Sheriff’s Bicycle program for several years. He says he always gets “great joy” in making his donation because he knows it’s going to a great cause, the children in our community.

Sheriff Parkinson was on hand to accept the donation from Morris, a former professor at Cal Poly.