Paso Robles News|Wednesday, May 12, 2021
You are here: Home » Community » 9-11 survivor and author speaking at museum

9-11 survivor and author speaking at museum 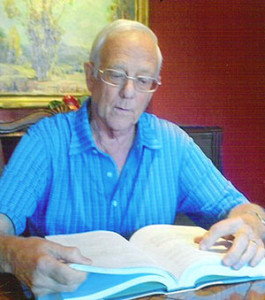 Could the 9/11 attacks been thwarted by proper military action? Could the attacking planes have been shot down by military air defense fighters or missiles? Author Bert Upson, a close survivor of the World Trade Center disaster and a witness to its rescue efforts, will describe the horrible events on September 4th at the Estrella Warbirds Museum monthly dinner, analyzing what did and might have happened.

Upson’s gripping description and analysis is found in his newly published book, “On a Clear Day.” On September 11, 2001, Bert had traveled from Palm Desert to New York City and was preparing to lead a management seminar on the 78th floor of the South Tower of the Trade Center when the first plane hit the North Tower. Just minutes before the second plane hit the South Tower at the location of the meeting, he miraculously escaped, only to witness the horrible destruction and the heroic evacuation of endangered civilians, mostly organized by the US Coast Guard, which he will describe at the dinner.

A native of Cincinnati, Ohio, Upson became a field artillery lieutenant through the Army ROTC at Yale University, where he completed a B.A. in World History and sang in the famous Whiffenpoof group. Upon graduation from Yale, he served as a battery officer in the 19th Field Artillery Battalion of the 6th Army and then as Secretary of the General Staff, Headquarters Fort Ord, California. After his Army service, Upson became a top East Coast advertising executive, receiving several National awards, finally moving to Palm Desert in 1998 with his wife, Joan. In Palm Desert he remained an advertising consultant, frequently traveling to New York.

Though “On a Clear Day” is Upson’s first published work, it is human, gripping and professional. In addition to describing the events of the tragedy, it contains the first analysis of the attempts by the US military to counter the attacks and of the rescue operations that followed.