Paso Robles News|Thursday, December 1, 2022
You are here: Home » Atascadero » A day in the life of Atascadero police

A day in the life of Atascadero police 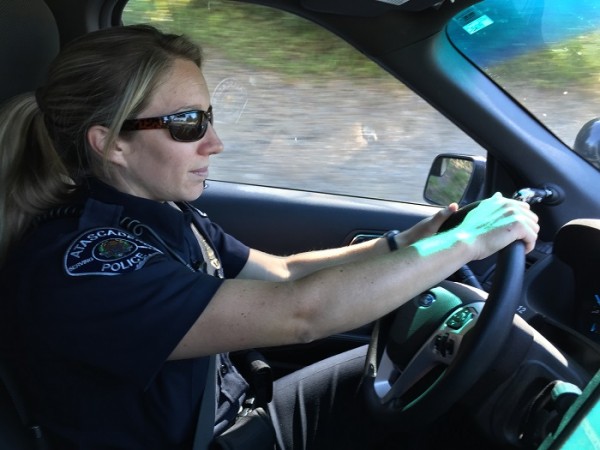 Two officers offer a glimpse into their work lives

– Local reporter Paula McCambridge spent seven hours Sunday on the job with two Atascadero police officers. The ride-along started during the day shift at 3 p.m. and continued into part of the graveyard shift until 10 p.m. The idea was to get a glimpse into the world of local law enforcement and to talk about their lives, their service and their thoughts on recent events across the United States regarding the role of police in local communities like those in the North County.

The first myth put to rest during the ride-along was that police don’t have much to do in Atascadero.

Shortly after the ride-along experience began, Officer Kellye Netz, two-thirds of the way through her 12-hour shift, responded to a call where an Atascadero resident reported that one of the plates on her car appeared to have been stolen with another plate put in its place. Reaching the home, it was found that the rear license plate belonged to a vehicle reported stolen in Paso Robles and which had already been recovered in King City. It was the car owner’s daughter who noticed the plate wasn’t her mom’s.

Netz said that with vehicle theft, the plan is often one where thieves change plates hoping owners of the car with the stolen plate won’t notice right away, giving the thieves time to get away from the area with the stolen vehicle.

That call was followed by: 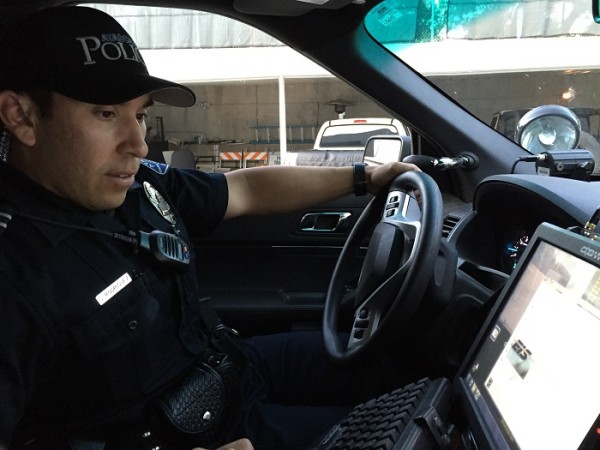 The role of police

“It’s 100-percent necessary, the job we’re doing, even though people aren’t always receptive to us,” Netz said. “Ninety-nine percent of us are out there risking our lives and doing a good job. We have good morals and good ethics. Essentially, when people lose faith in us, it makes it harder to do our jobs because we feel beaten down, but we’ll continue to do our jobs, to maintain law and order. Even when there’s resistance to what we do, when there’s a problem, we’re the first ones people call, and we’re glad to be there.”

A number of reports have recently circulated through the media featuring recorded scenes of police aggression in the U.S. The question is not whether there are sometimes bad cops — there sometimes are, but Atascadero police say the bad cops do not define the nearly 1 million men and women law enforcement officers serving in the U.S.

“Nothing makes good officers happier than those who are corrupt getting caught,” said Officer Samuel Rodriguez, whose night shift began with three hours of the ride-along. “We’re held to a higher standard, and I like to think that most people in Atascadero do support us.” 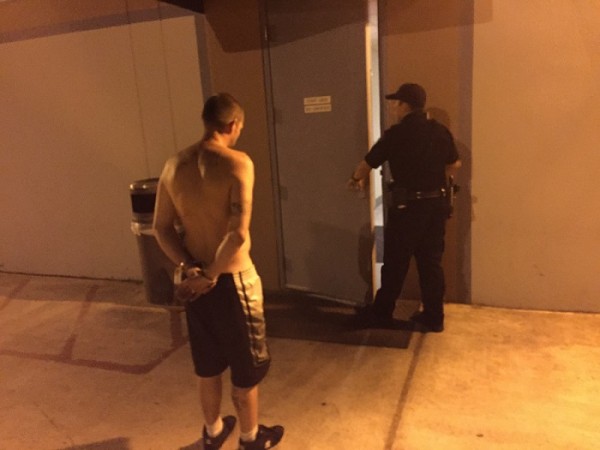 The night shift began with Rodriguez responding to a report of a male and female fighting on Traffic Way with the male possibly punching a black pickup.

The couple was located with the male driving. He stopped and exited the pickup when he saw the police vehicle approach. As the scene unfolded, Rodriguez fluidly adapted to a wide range of behaviors exhibited by the male who was found to be under the influence, was arrested for DUI and ultimately transported to the SLO County jail.

The female at the scene said her husband suffered from a mood disorder and was bipolar. The male himself said he was a paranoid schizophrenic and bipolar on medication. His mood fluctuated from compliant to swearing at the officer, “I’m drunk, man. F–k off, man. I’m drunk,” he said to Rodriguez, who kept his cool throughout the procedure, including while handcuffing and transporting the male to the Atascadero department for a breathalyzer chosen by the suspect over a blood test. The male blew three tests into the breathalyzer, which averaged .24, three-times the legal limit. In between tests, his behavior moved from laughter to tears to swearing at the officer and begging to be let off with a warning.

After the male was booked into jail, Rodriguez said he’d had some experience with mental-health cases in the past that gave him some understanding of their psychology and triggers.

“There are a lot of things that go on in this job that not a lot of people know,” Rodriguez said. “If officers weren’t here, the town would be a wreck. There would be more cars stolen, homes burglarized, and also, when we get a call for a juvenile, it’s a chance to make a difference. With drug addicts, it’s one way they get a chance to get clean. I’m from this town, so my family and friends are here. Doing this job is one way for me to know my family and friends can safely sleep at night.”

Both officers were raised in Atascadero. Netz attended North County Christian School from kindergarten through 12th grade and has been with the APD for nearly 10 years. Rodriguez attended NCCS in his early years but mostly attended public school and graduated from Atascadero High School. He was a cadet at the APD then worked for several years in the Morro Bay Police Department before returning to his hometown almost a year ago.

Netz is married with two children, a 3-year-old son and a 23-month-old daughter. Her husband is a local firefighter.

“I have something invested here,” Netz said. “I grew up here; my family is here; my husband grew up here. I care about this town.”

Rodriguez is married with his first child due to be born this fall. He’s looking forward to becoming a dad and already dedicates part of his time to training children and teens in the sport of Crossfit. He’s also a Crossfit competitor aiming, he said, to break stereotypes that police officers don’t maintain high levels of fitness.

Netz also dedicates part of her time to children and gave her first class last week to 25 youngsters aged 3-6 years old, educating them and their parents on the topic of gun safety. The class was held in the police department, but she hopes to teach in the schools in the future.

Because she lives in a household with firearms in it, she began giving thought to how she would educated her own children regarding safety, and her program evolved from there.

“Officers Netz and Rodriguez are both go-getters,” said APD Commander Joe Allen. “They’re intrinsically motivated and they form partnerships with the community. They are the kind of people we look for to serve in Atascadero.”

According to the National Law Enforcement Officers Memorial Fund: