Local State Assemblyman Katcho Achadjian, (R-San Luis Obispo) announced this week that Governor Jerry Brown signed into law his Assembly Bill 610, which requires counties who refer an offender to serve parole at Atascadero State Hospital, to reimburse San Luis Obispo County for the court costs associated with the involuntary medication of that offender. 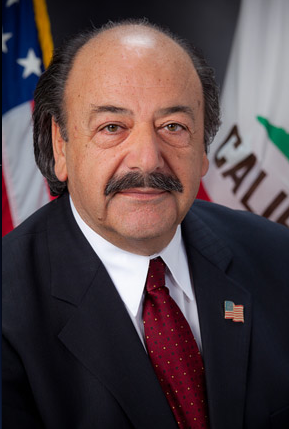 “As the home to Atascadero State Hospital, which treats some of the most violent mentally disordered offenders from around the state, San Luis Obispo County provides a tremendous service to the people of California. I am pleased, that by signing this legislation, the Governor has recognized that San Luis Obispo County should not bear the financial burden of offenders referred to Atascadero from other counties,” said Achadjian.

Under existing law, the state may commit a felon released from state prison to a state hospital to serve his or her parole. Upon completing their parole at a state hospital, offenders, at the request of the county where the original conviction occurred, can remain committed at the state hospital if they are determined to be a continued threat to public safety. Many of these patients require antipsychotic medication as part of their treatment.

However, patients cannot be required to take such medication without a court hearing. In order to minimize disruption to the patient, a court has ruled that these hearings should take place in the county where a state hospital is located, rather than in the county of conviction. This dynamic places the burden of providing attorney services to patients on San Luis Obispo, and other host counties, despite the fact that the patients did not originate from those counties. Assembly Bill 610 will correct this inequity by requiring the original county of conviction to reimburse host counties for these costs.

“State hospitals are an important part of our efforts to keep Californians safe. As the representative of a host county, it is my responsibility to ensure that state hospitals operate safely, and in a manner that does not unfairly burden the residents of the communities where they are located,” Achadjian said.

Assembly Bill 610 is just one of several state hospital reform bills authored by Achadjian. In 2011, the Governor signed AB 1016, which required the State to reimburse host counties for the cost of conducting trials for offenders that challenge their commitment to a state hospital. This year, the Assembly approved AB 1340, which would improve safety inside state hospitals by requiring each facility to establish an enhanced treatment unit to house patients that have assaulted hospital staff or other patients. AB 1340 is currently pending in the State Senate.