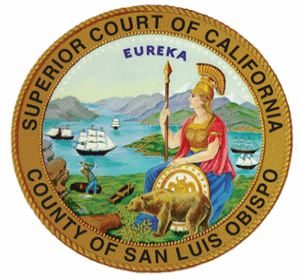 —Albertsons officially filed a civil complaint against several petitioners, who allegedly disturbed shoppers at their Paso Robles location, on Jan. 9 through the SLO County Superior Court. The company’s policy does not allow solicitation through a petition of any nature or political activity in front of their stores, according to reports.

In the complaint, Albertsons is asking for several measures to be taken against the petitioners: a temporary restraining order, a preliminary injunction, and a permanent injunction to stop the individuals from solicitation at Albertsons stores. The unidentified man mentioned in the complaint allegedly harassed and argued with customers, and refused to leave when store employees became involved, according to reports. As of Jan. 22, there is no time estimate as to when the case will reach a decision.

“Our customers are our priority and we have a duty to make sure they have a safe place to shop where they know they can come to and not be harassed. We ask that if there is ever a situation where [the customer] feels they aren’t able to shop or enter our stores, that they do not hesitate to let our store directors know,” said Jenna Watkinson, the director of public affairs for the Southern California division of Albertsons.

There are some instances in which local, legitimate non-profit organizations can be outside of the store legally such as Girl and Boy Scouts, veterans groups, and youth organizations. However, specific restrictions apply, such as bakes sales not being allowed. All cases are through the discretion of the store directors, public affairs and property management to ensure respect towards the customers, according to Watkinson.

Many retail and grocery store chains, including Albertsons, have resorted to the law regarding harassment in front of their stores in the past. Several cases even went to the Supreme Court, such as Ralphs Grocery Company v. UFCW Local 8 (20120 55 Cal. 4th 1083, 1091-1093).