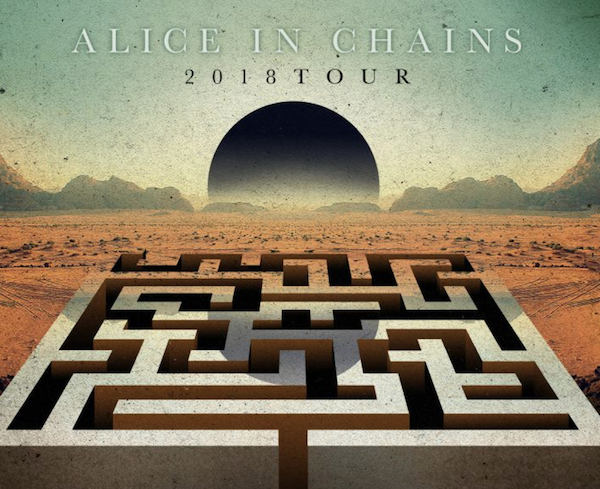 –Alice in Chains took to the Vina Robles Amphitheatre stage Tuesday night to share their version of grunge metal music with the crowd. Starting off their set with their 2009 hit song, Check My Brain, the crowd was immediately consumed by the dirty grunge tones reverberating from the stage. Delivering their most well-known songs as well as diving deeper into their lesser known material, Alice in Chains performed and played their songs as strong as ever. Man in the Box, Rooster, Would, and other hits songs were crowd favorites.

Alice in Chains made it big time in the early 90’s. After a slew of top rock hits with the group’s original singer Layne Staley, Staley passed away on April 5, 2002 from a drug overdose. Having a very original stage presence as well as an original tonal sound in his voice, replacing Layne Staley was no easy task for band leader and singer/guitarist Jerry Cantrell.

Cantrell did eventually find a solid replacement in singer William DuVall. Duvall has been with the group since 2006. Since joining the group DuVall has had success warming up to all Alice in Chains fans. The entire crowd sang along with DuVall as well as singing along with Cantrell.

Overall, good times were had by all. Alice in Chains is one of the best-known acts from the 1900’s grunge scene and continue to deliver strong music to dedicated fans.