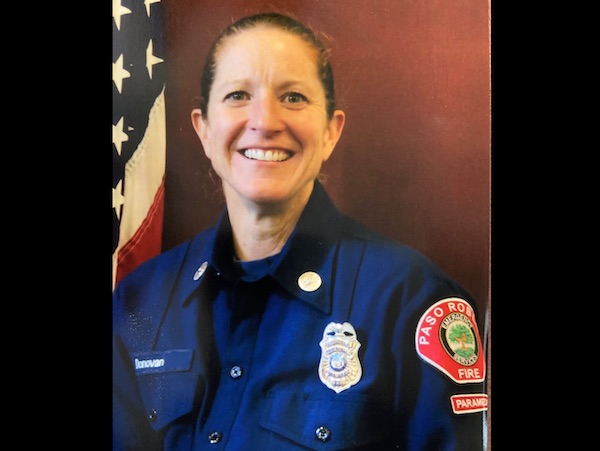 –The Paso Robles Fire Department recently announced it is welcoming Amanda Donovan on her new assignment as interim fire captain/paramedic for the City of Paso Robles.

Donovan began her fire service career as a reserve with Morro Bay Fire Department from 1999-2003. She later worked as a full-time paramedic for San Luis Ambulance for five years before joining Paso Robles Fire Department in 2003.

Donovan resides in Morro Bay with her husband and two children.