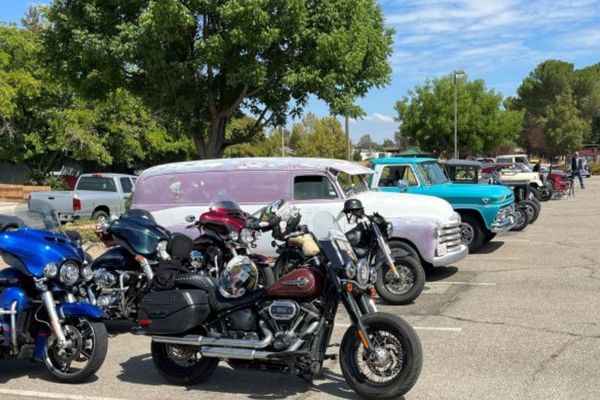 The lineup of bikes and trucks.

– More than one hundred people turn out Sunday for the American Legion Post 50 Poker Run to commemorate 9-11. Before the ride ceremonies were held at the Paso Robles Veterans Center on Scott Street. A poker run is an organized event in which participants must visit five to seven checkpoints, drawing a playing card at each one. The object is to have the best poker hand at the end of the run. 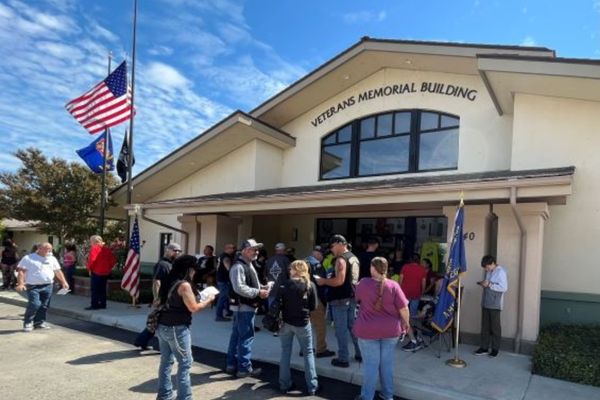 American Legion Post 50 Commander Skip Bellinghausen says the post puts on the event to keep alive the memory of 9-11. He says, “We can’t become complacent.”

Nancy Weatherman handled a lot of the logistics for the event. She says it’s the biggest fundraiser of the year for the American Legion Post. Proceeds benefit AmpSurf and scholarships for young people. More than 50 motorcyclists took part in yesterday’s Poker Run. 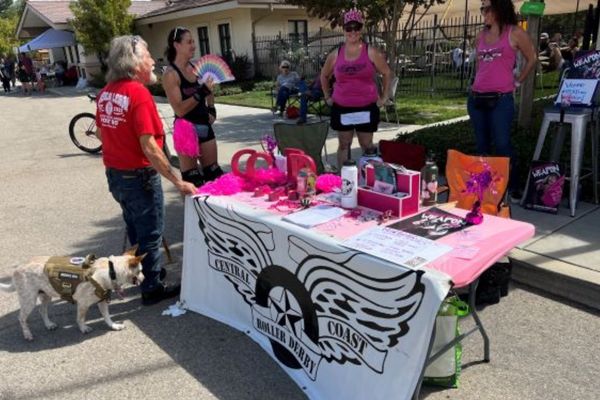 The ride concluded at the Veterans Center in Paso Robles. The post had a barbecue for the participants and volunteers, including the Central Coast Roller Derby team. A car show filled the parking lot. There was also an impressive line of motorcycles around the parking lot and part of Scott Street.