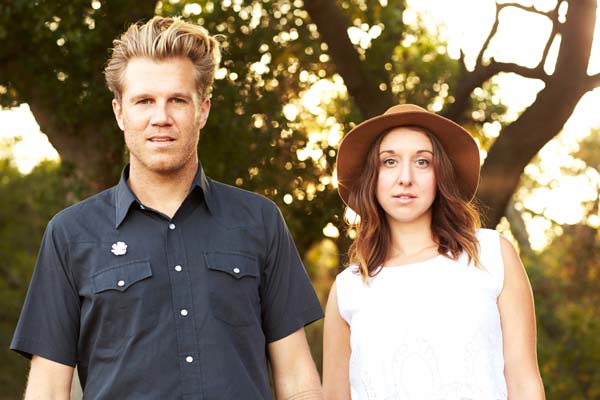 Freddy & Francine, Americana/Soul duo, is the result of late-night writing sessions between Lee Ferris “Freddy” and Bianca Caruso “Francine”. The duo will be performing in Paso Robles at Sculptera Winery with Songwriters at Play on Sunday, Nov. 23 at 2 p.m.

Drawing from influences like Ray LaMontagne, The Swell Season, Ryan Adams and The Rolling Stones, Hits Magazine says that “Freddy & Francine are building their story behind beautiful vocal harmonies, a solid writing style and a captivating live set”.

Between 2008 and 2010, Freddy & Francine became favorites on the Los Angeles live circuit. A feature of their song “Brownstone Alley” on KCRW’s “Morning Becomes Eclectic” helped to bolster the group’s iTunes sales and a word-of-mouth following that packed regular gigs at venues like Hotel Café, Vermont Restaurant, McCabe’s and the Cinema Bar.

A four year hiatus saw Lee Ferris touring the globe as Carl Perkins with Broadway’s “Million Dollar Quartet” while Bianca Caruso co-created and starred in a successful musical comedy show called “Zabruso” which has cultivated a Los Angeles cult following and has taken her to the stages of the The Montreal Comedy Festival.

In their first three months back together Freddy & Francine have sold out a handful of shows in and around L.A., they were selected as regional finalists in the NewSong Competition, and they’re heading out on a Fall tour of the West Coast.