“Kristin Muhly and Nina Leschinsky have both played instrumental roles in the growth of Ancient Peaks Winery,” said Amanda Wittstrom-Higgins, the winery’s VP of operations. “Their new positions reflect expanded responsibilities and opportunities that they have helped create along the way.” 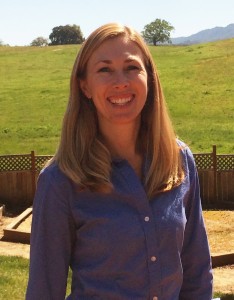 Muhly transitions from sales and marketing manager to the new position of national brand manager. In this role, she will work more extensively with the winery’s national distributors to grow the winery’s market coverage and penetration. She will also manage distributor goals, develop new sales programs and field numerous related national sales responsibilities, according to Ancient Peaks.

Muhly is a graduate of Cal Poly with 11 years of hospitality and sales experience in the wine industry. She has been with Ancient Peaks since 2011. “I’m excited about our direction and growth, and I love working for a family-owned winery with such a distinctive sense of place,” she said. “I look forward to getting our wines and message out to more markets across the nation.” 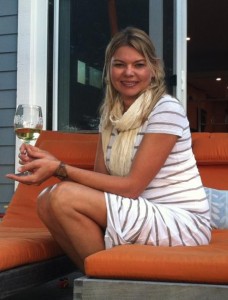 Leschinsky studied at Cal Poly and started working in the wine industry 14 years ago. She has been with Ancient Peaks since 2008. “It’s been exciting to see the continued growth at Ancient Peaks,” she said. “We have a strong and cohesive team, and it’s great to be a part of it.”

Ancient Peaks is a family-owned winery specializing in wines from their sustainably farmed estate Margarita Vineyard in Paso Robles on California’s Central Coast. Margarita Vineyard stands as the southernmost vineyard in the Paso Robles AVA, nestled into the Santa Lucia Mountain Range, 14 miles from the Pacific Ocean. Their tasting room is located in Santa Margarita. Visit www.AncientPeaks.com for more information.