Paso Robles News|Thursday, May 6, 2021
You are here: Home » Opinion » Animal agriculture is a difficult row to hoe

Animal agriculture is a difficult row to hoe 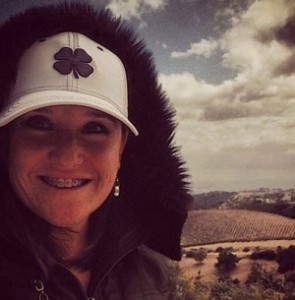 Farming is tough. It’s even tougher considering a farmer relies on Mother Nature to cooperate and provide rain for feed, and the area he farms in has seen less than 10 percent of normal rainfall for the last three years. And to make it even tougher, now that farmer is being forced to deal with the public jumping to conclusions, based on several seconds of gut wrenching video spread all over the local news and social media, compared to his over 53 years of experience. Without speaking to this farmer, I know that those several seconds were some of the worst of his life.

Animal agriculture is a difficult row to hoe. Not only are you dealing with living breathing animals who often have a mind of their own, but you’re dealing with the dynamics of nature, confinement, the health and wellbeing of the animal, public pressure to produce a product desirable to consumers, all this coupled with the hopes that at year’s end, your operation might make a dollar or two.

Removing all emotion from this difficult subject, consider that a farmer or rancher’s commodity (the animal and their byproducts) can only be sold for a profit if they’re a viable, healthy, consumable product. This means keeping the animals in the best shape possible for as long as the animal is under the farmer’s control.

Sheep in our area lamb in the fall which means they’re weaned from their mothers in late winter to early spring. Good mothers can convert most of their existing flesh, and any nutrients fed to them, into milk for their lambs, causing the ewes to appear remarkably thin. Healthy lambs, healthy operation. Like any good and evolving industry, agriculture has seen some specialization, including the area of shearing of sheep. The shearing crews cover large areas and come in once a year during a week that has been scheduled several months or often a year in advance. Rescheduling often causes delays that push shearing into the heat of the summer, exacerbating problems the wool presents – flies that spread disease, comfort of the animal, cleanliness, etc.

Another thing to consider as you’re mulling over this topic, sheep have one of the highest mortality rates amongst animals raised for human consumption. Eight percent or higher losses are not uncommon. Sheep are highly susceptible to disease, greatly affected by weather and stress and often die for unknown reasons.

While I bring up some points that seem crass or inappropriate, my hope is that the reader becomes a more educated consumer. We now live in a society where chicken dinner no longer means going out to the chicken pen, and picking out dinner. We don’t have to own chickens or know the butcher to have chicken dinner. It means a fried chicken prepared from the bag of frozen boneless-skinless chicken breasts in the freezer, or a quick meal after soccer practice at popular chain restaurant, or even the drive through.

Life on the Central Coast is amazing and we are so very lucky to live here. I’m blessed to be from a family who started our ranching operations in 1874. Agriculture generated $861 million in San Luis Obispo County in 2012 alone. We get to see cattle, goats, horses and sheep dotting our hills. We get to see wine grapes growing and the wine industry enhancing our local economy. We are so fortunate to have 112 agriculture commodities produced in our county making us one of the most diverse counties in a state that has lead agriculture production for countless decades. I do not exaggerate when I say that our county and California feed the World.

I encourage you to take a moment to understand what you’re having for dinner and its journey to your plate. I ask that you let the proper authorities do their job and investigate the incident at Heritage Ranch. And please, next time you see something in the news or on social media, take a moment to consider that there may be two sides to the story.

My thanks to the Paso Robles Daily News for the opportunity to write on this topic. My blog titled “A picture may speak a thousand words, but it only tells half the story,” has been viewed over 10,000 times in over 20 countries. The PRDN contacted me to write this op-ed and in doing so, they also pointed out that, in fact, they had tried to contact the owner of the sheep but were unable to reach him for comment. I thank them for this information.

Carin Ryan grew up on a grain and cattle ranch in Creston that her father’s family settled in 1874. Her mother’s family began farming grain in the Independence Ranch area of Paso Robles in the late 1860s. She is currently serving as the Public Relations Director for California Women for Agriculture. She served as the President of SLO County CWA in 2009 and several years as Secretary for Paso Robles Friends of NRA. She currently resides on the ranch in Creston where she helps her family with their cattle operation. Her blog can be found at carinryan.wordpress.com