Paso Robles News|Wednesday, May 25, 2022
You are here: Home » Top Stories » Animator from Paso Robles worked on Pixar’s ‘The Good Dinosaur’

Animator from Paso Robles worked on Pixar’s ‘The Good Dinosaur’ 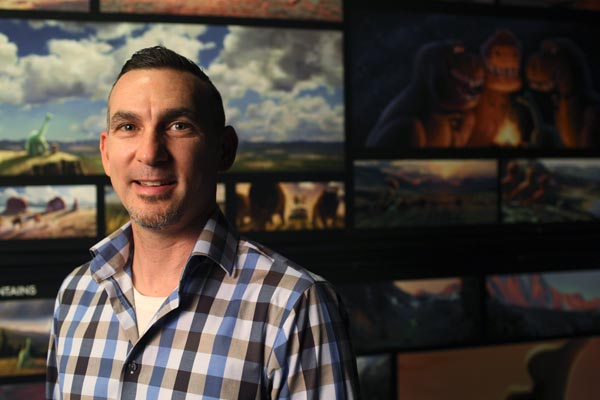 –Paso Robles native Mike Venturini caught the drawing bug early, as many artists do. He said that he saw a show on the Disney Channel where animators were working on the latest characters, and he knew he wanted to be a part of that world. “I loved to draw and I loved to cartoon,” said Venturini.

Venturini grew up in rural Paso Robles. His grandparents still reside in Templeton and he says that he has extended family scattered across the North County. He left the North County in the early 90’s, headed towards the, “big city.” Venturini settled in Los Angeles for a few years, attended an animation school for a year in Vancouver, and then eventually got recruited by Warner Brothers. At Warner Brothers, Venturini worked on blockbusters such as Space Jam, Iron Giant and Osmosis Jones. In 2000 he went to work for Pixar. His first film was Monster’s Inc. 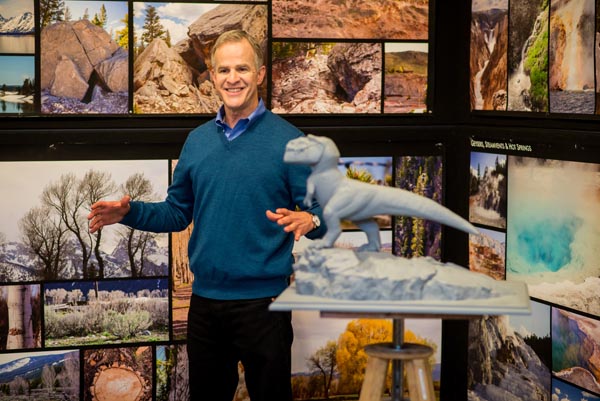 He says that his pathway to Pixar was a, “long and bizarre journey.” Working at Pixar now, “every single day is interesting,” Venturini says. “Pixar is a mecca of unique journeys.”

Venturini entered the animation world when the standard technique was “pen to paper.” Now, much of the creation process at Pixar is computerized.Venturini  says that the process of animating on a computer is, “slow and technical,” and that it can be, “hard to keep it fresh and alive.” Having the proprietary software that Pixar does however, allows it to animate with virtually no boundaries; at least very few, the technology is advancing rapidly every year, and Pixar remains at the top of the game. “Before, you had to draw it to do it,” he said. The new software allows animators the ability to capture a multitude of emotions, as well as beautifully and accurately capture things such as the wind’s effect on a single blade of grass or the churning of white water rapids. 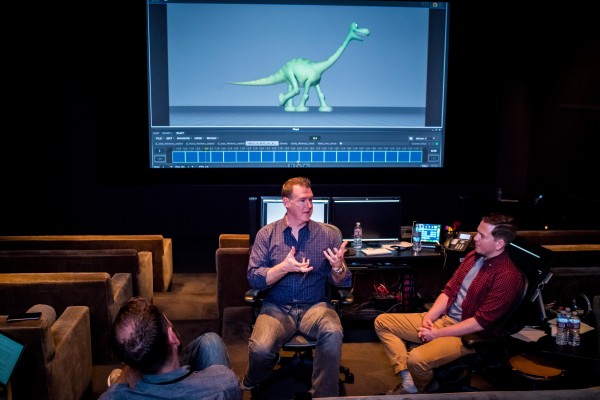 Every Pixar film takes years to create. While Ventruni’s crew was working on “The Good Dinosaur,” which is in theaters now, another crew was working on, “Finding Dory,” and the recently released hit, “Inside Out.” There are several different departments of animation at Pixar, such as storyboard artists, character designers and set designers. Each department focuses on a different, “layer” or aspect of the movie, and each member within the department has a smaller chunk allocated to them. At the end of the multi-year process, a giant piece of artistic collaboration is put together, refined, chopped up, refined again, critiqued, pulled apart, agonized over, re-done, and then finally unveiled to the public. 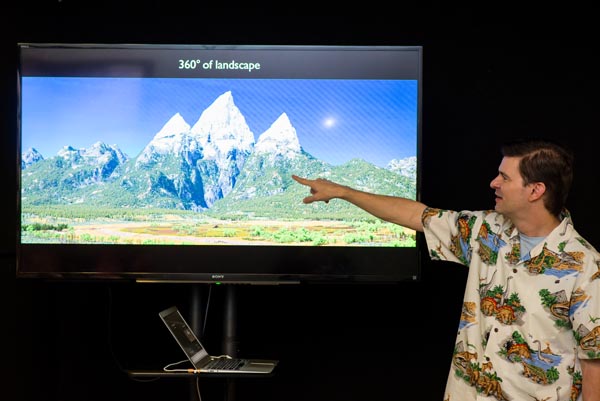 The story follows a young Apatosaurus named Arlo, who loses his father in a tragic accident. One day, Arlo falls into a river and gets knocked out by a rock, and gets carried far away from his home. While trying to find his way back, he befriends a human cave-boy that he names Spot who helps him on his long journey back to find his family.

The set of the movie is massive: 64,000 square miles. Set designers used google map topography information to map out and set the story in places such as Yellowstone and Zion national park. The movie is western-themed, and the set is described as having a “painterly realism.” Like most Pixar movies, the film is emotionally engaging and scattered with, “brief moments of visual poetry.”

The film stars Raymond Ochoa, Jack Bright, Sam Elliott, Anna Paquin, A. J. Buckley, Steve Zahn, Frances McDormand, Jeffrey Wright, and Marcus Scribner. Bob Peterson, who came up with the idea for the story, directed the film until August 2013. In October 2014, Peter Sohn was announced as the new director. The film, along with Inside Out, marks the first time that Pixar has released two feature films in the same year.

The Good Dinosaur is currently playing at Park Cinemas, as well as the Sunset Drive In in San Luis Obispo.