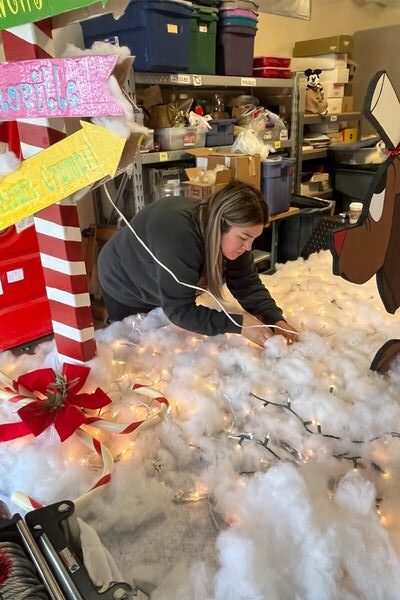 Janet Lopez of NCI Affiliates puts some final touches on the business’ float which transported the Grinch.

Many entries showed up for the traditional parade through downtown Paso Robles. People decorated floats for several days in warehouses, garages, and other facilities in preparation for the parade. 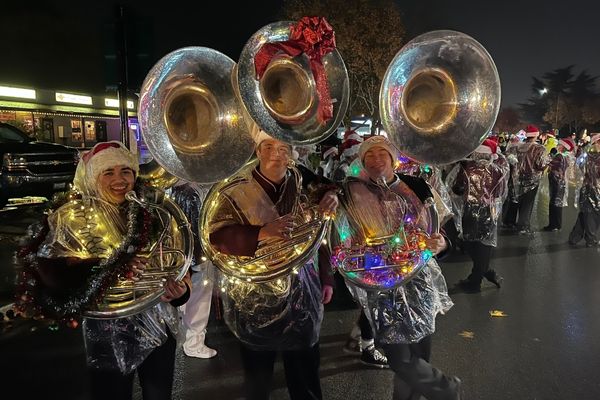 At local business NCI Affiliates, staff members, clients, and volunteers put the final touches on their float which transported the Grinch in a real sleigh.

Beginning at 7 p.m., entries from the Future Farmers of America to Skills USA to the Atascadero Elks and several dozen floats and other groups traveled south on Spring Street and passed by the Paso Robles Inn and the Downtown City Park. They turned right on 13th and then again on Park Street and circled the park. When the rain increased, those watching huddled under umbrellas or stepped into archways. People in the parade yelled “Merry Christmas” and “Happy Holidays.” The theme this year was, “Deck the Halls.” 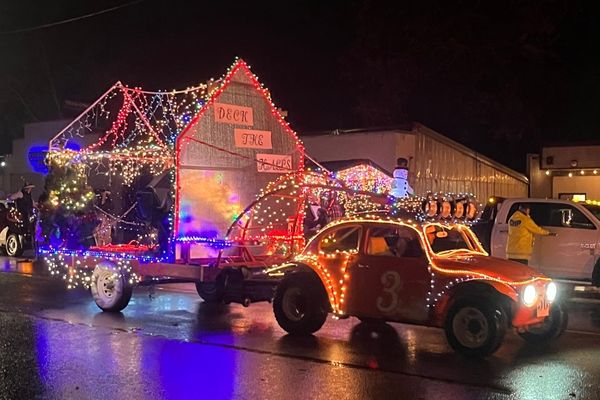 The Paso Robles Marching Band brought up the rear of the parade. Close behind the Bearcats, Santa Claus rode with Mrs. Claus.

For many, it was a chilly, wet night, but the weather did not dampen the holiday spirit.

Below are the parade winners by category, as sent by the event organizer, the Paso Robles Downtown Main Street Association: 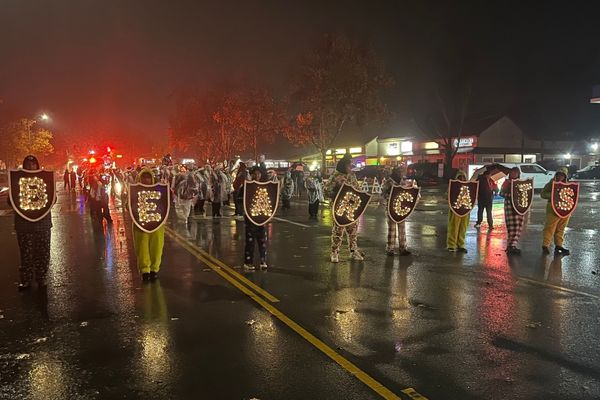 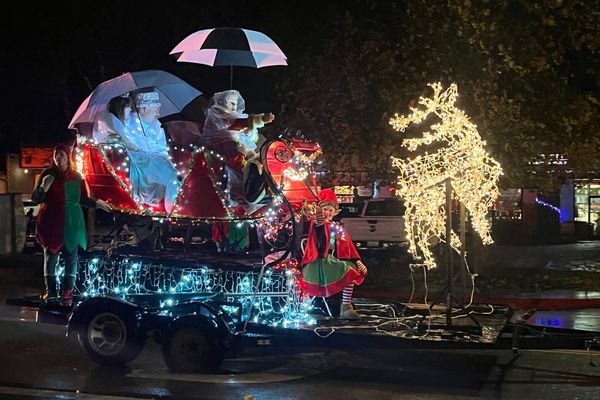