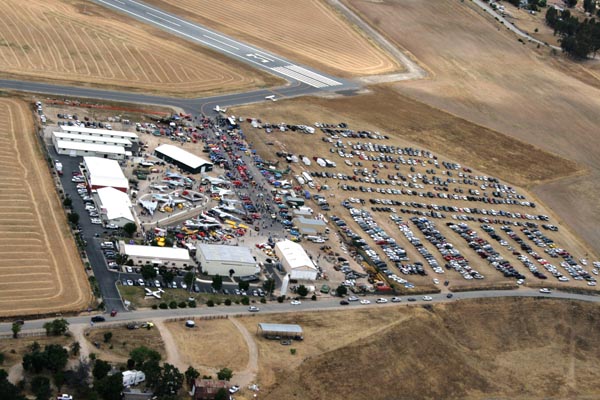 –Warbirds, Wings and Wheels returned to the Estrella Warbird Museum on Saturday. The show and open house has been going on for eight years, and this year, saw record attendance. As many as 4,000 spectators were counted this year, according to Carol Verstuyft, Event Coordinator and Secretary of the Estrella Warbird Museum. She said the appearance of My Classic Car’s Dennis Gage drove in a big following. 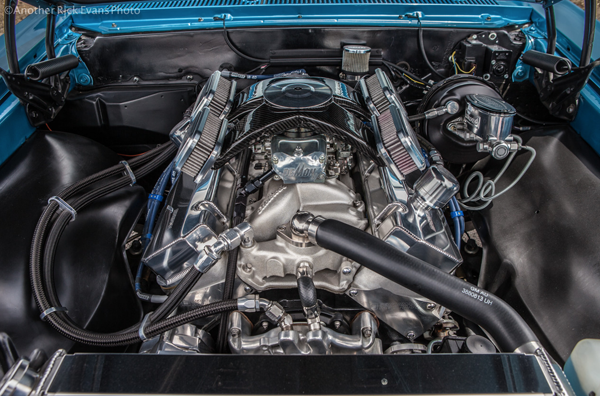 Templeton High School sophomore Colton Cyester drove up for the annual Warbirds Wings and Wheels 8 event in Paso Robles last Saturday in a 1969 Ford Bronco. He just turned 16, earned his driver’s license one month ago, and this was his first car show. Colton and his grandfather were leaning down and low, examining the chassis of the black Vapor, a U.S. Air Force B-2 Bomber-inspired stealth automobile with radar-absorbing paint and thermal imaging camera- basically an upgraded, futuristic Knight Rider car. “It’s pretty cool,” Colton said. 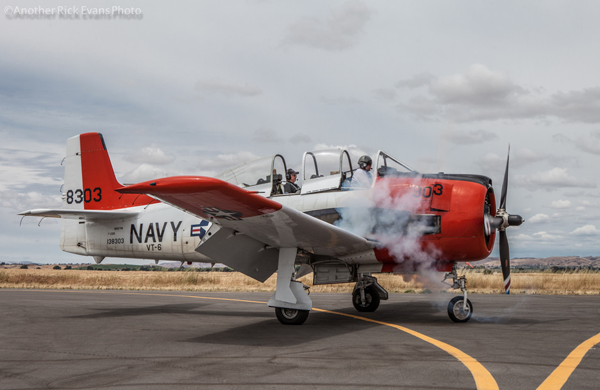 Was the stealth ‘Vapor’ Colton’s favorite among the 245 car show entries? Colton said, “It’s really high up there … it’s definitely the most different.” Colton had worked to earn his Bronco since he was three-years-old. “I worked on it forever. I put disc brakes in it, power steering, and all that stuff. I worked on the car from the beginning.” 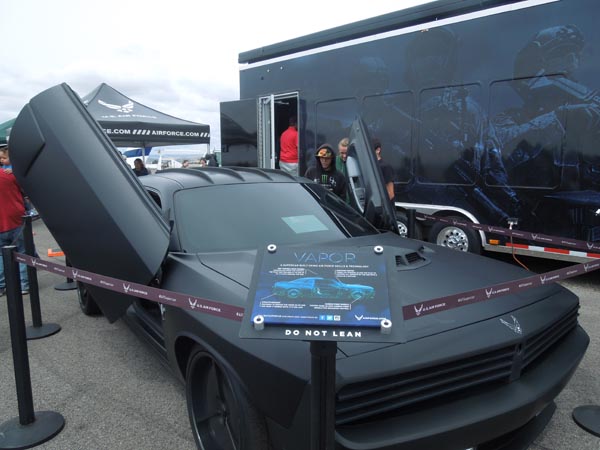 Every ten minutes or so, spectators put on the brakes and looked up as Navy plane rides and the ever popular remote controlled Cloud Clippers entertained in the warm, cloudy sky. 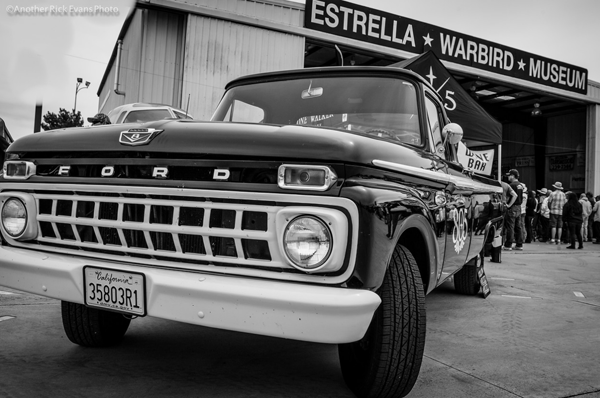 Meanwhile, inside the Estrella Warbird Museum, well-versed docents were open for questions among fascinating displays, collections, and war memorabilia; a father pointed out to his sons the same vintage sailor uniform he actually wore in service.

Dan Egan of Arroyo Grande, owner of a sweet1967 Toyota 2000GT (one of only 42 cars of its kind left in the U.S.), stood in front of his rare car and carried a conversation about James Dean’s sports cars with Harry Wouters, a Paso Robles resident who owns Power Performance Auto Machine Shop in San Luis Obispo. The event is truly family friendly, as many locals took the time to meet the owners behind the wheels.

Dennis Gage chose to interview several of the classic car owners for the My Classic Car show, which should be airing the first part of 2017.