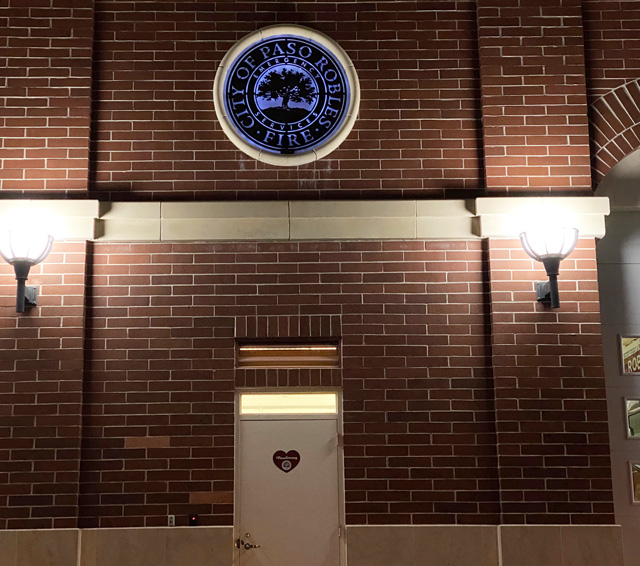 New sign has revitalized the front of the fire station, fire chief says

The Paso Robles Public Safety Center, which sits on the corner of 9th and Park streets in downtown Paso Robles, was constructed in 2001. On the front side of the fire station, which faces south, was an area that was left open for a fire department sign, says Paso Robles Fire Chief Jonathan Stornetta.

Due to budget constraints, the designated circular alcove has been vacant for over 20 years, he said. “Thanks to a generous donation by an anonymous person,” a local company was contracted to build the sign and fill the void, Stornetta said.

The new sign, with the Paso Robles Fire Department logo, was painted and installed last weekend by Paso Robles firefighters. They added decorative LED lights behind it to illuminate the sign, powered by solar panels.

The sign measures 4-feet by 4-feet and was made from eighth-inch-thick hot rolled steel. Zach Nichols of EZ Fabrication used a CNC plasma cutter to create the sign and fabricated the mounts.

“I would like to thank EZ Fabrication and the Paso Robles firefighters for finally bringing this to fruition,” Stornetta said. 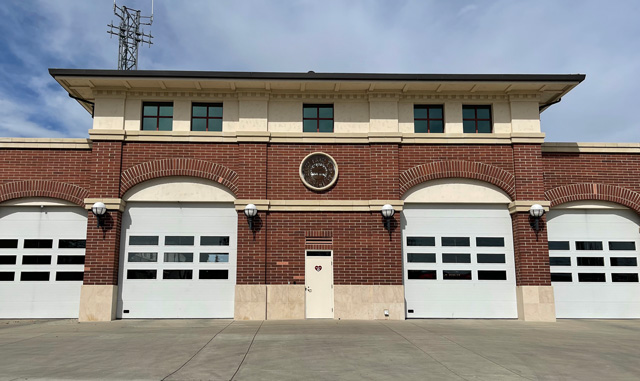 Posted in:  Community
About the author: Publisher Scott Brennan