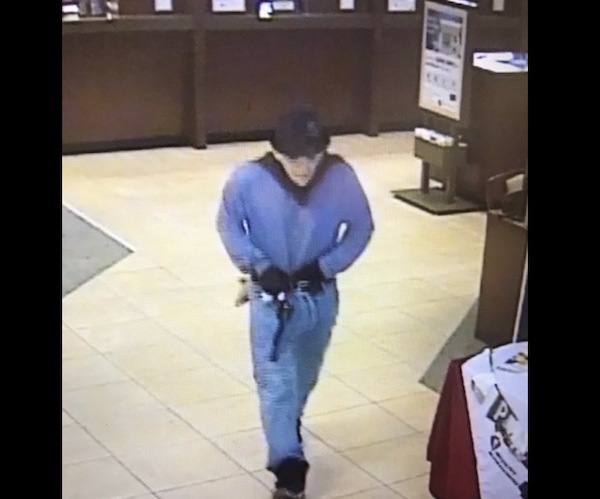 –Paso Robles Police are on the lookout for a man who robbed Pacific Premier Bank in Paso Robles yesterday.

Shortly after 1 p.m. Monday, a suspect entered Pacific Premier Bank in Paso Robles, armed with a long-barreled revolver, according to the police. The suspect was wearing an old-man mask, gloves, and a fedora. The suspect brandished the revolver and demanded cash. The teller handed over an undisclosed amount of cash. The suspect also stole a deposit bag from a customer who was at the bank making a deposit. The suspect left the bank and fled northbound through a small alleyway.

PRPD officers and detectives reportedly canvassed the area, speaking with many witnesses. Several business cameras were checked and detectives are following up on all leads. PRPD urges those with businesses and homes in the area to check surveillance footage. They say they do not have a reliable vehicle description at this time.

This is an ongoing investigation. Anybody with any information is urged to call the PRPD at 805-237-6464.