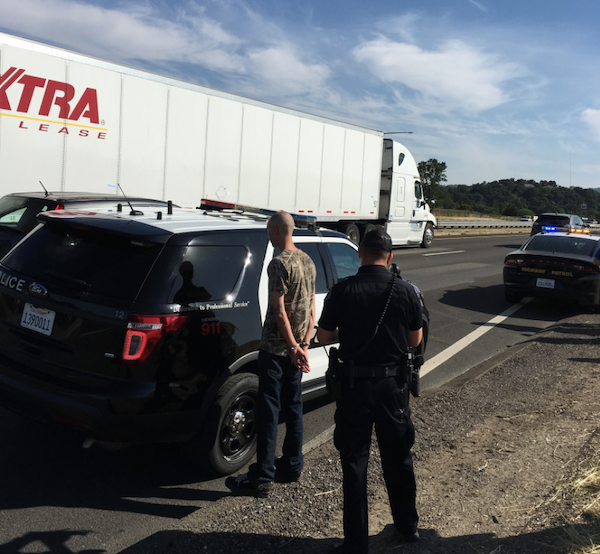 –On Wednesday, the Atascadero Police Department responded to Chalk Mountain Liquor, at the 9900 block of El Camino Real in Atascadero, regarding a reported robbery. Responding officers were provided a description of the suspect and suspect vehicle.

Officers determined the suspect had stolen a bandana from the business and when confronted by an employee, produced a large knife. The suspect reportedly swung the knife in an attempt to stab the employee and caused a superficial wound to the employee’s hand. The wound did not required medical attention. 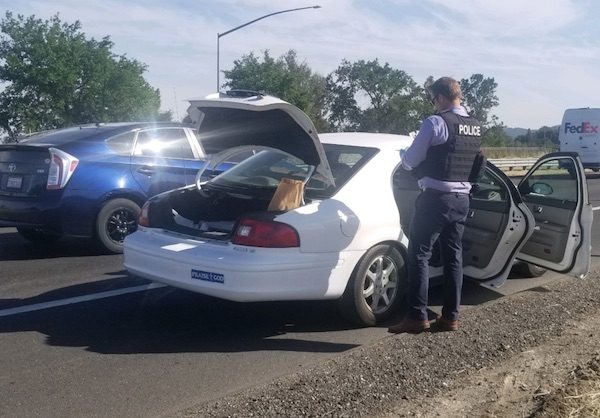 Following a response from allied agencies, the suspect and vehicle were located on Highway 101 near Las Tablas Road in Templeton. A high-risk stop was initiated by members of the California Highway Patrol, San Luis Obispo County Sheriff’s Office and Atascadero Police Department.

Kyle Walls, a 21-year-old male from Atascadero, was placed under arrest for Robbery and Assault with a Deadly Weapon. Walls was transported and booked at San Luis Obispo County Jail.

The Atascadero Police Department Investigations Unit is conducting further follow up investigation into this incident.