On Tuesday, May 26, at approximately 10:35 a.m., the Paso Robles Police Department received a 911 telephone call reporting an armed robbery had just occurred at Chico’s Cafe, located at 834 11th Street, Paso Robles. The cafe clerk told officers that a white male adult, wearing a bandana to cover his face, displayed a handgun and ordered the victim into a back office. The suspect ordered the victim to remain in the office while stealing money from the cash register, according to the police. 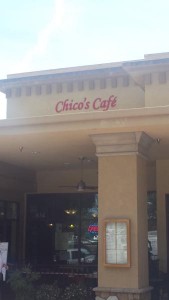 The clerk further described the suspect as being in his mid-30’s, with a thin build, wearing a blue beanie style cap, blue shirt, and blue jeans. No one was injured during the robbery, but the suspect was able to steal an undisclosed amount of cash from the register. The suspect fled the cafe out the back door while the clerk remained in the office. The store clerk waited approximately five minutes before calling the police. The suspect was gone upon arrival by police.

As of the time of this report, detectives are on scene processing the business for evidence and canvassing the area looking for witnesses or surveillance footage. The Paso Robles Police Department is requesting the public’s assistance with solving this crime.

Anyone with information about these, or other crimes, is encouraged to call the Paso Robles Police Department at (805) 237-6464. Persons wishing to remain anonymous are encouraged to call Crime Stoppers’ 24-hour hotline at 549-STOP or by texting “SLOTIPS” plus your message to CRIMES (274637).