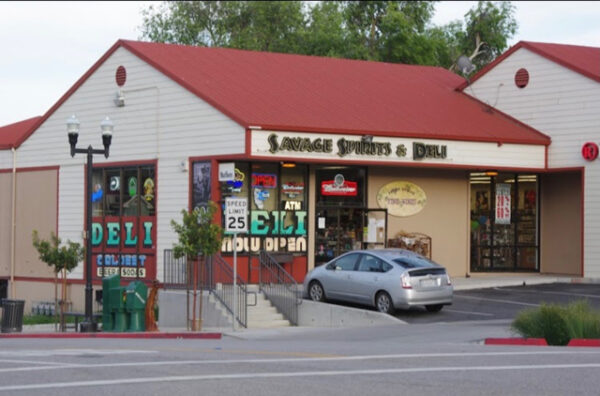 –An armed robbery was reported Saturday evening at a liquor store on Spring Street in Paso Robles.

The suspect is described as a white male adult, approximately 6-feet-tall with dark curly hair, wearing light blue coveralls, a hood, sunglasses, wearing black-and-white-colored Converse-style shoes, and brandishing a silver handgun. The reported loss to the store is approximately $300.

Police were on the scene Saturday evening investigating the reported robbery.