–Local authorities released the mug shots of the three suspects arrested last week in connection with the murder of Trevon Perry: 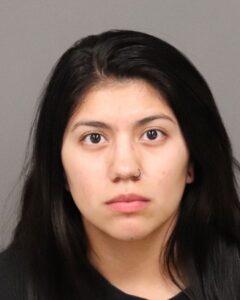 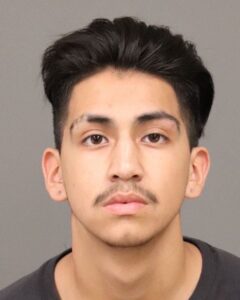 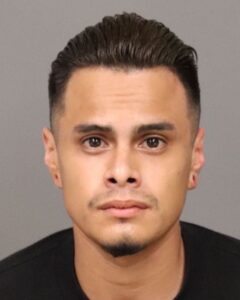 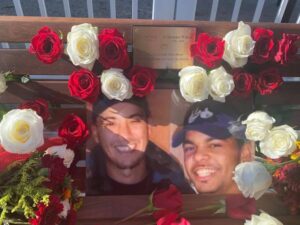 A park bench in Downtown City Park decorated with roses and photos of murder victims Trevon Perry and Christopher Wilson.

In July, District Attorney Dan Dow announced 23-year-old Nicholas Ron of Paso Robles was charged with the March 15, 2020 murder of Paso Robles resident Trevon Geary Montway Perry, 27. It is further alleged that Ron used a firearm to commit the murder.

This investigation is ongoing, and anybody with information is encouraged to call Detective Bryce Lickness at (805) 227-7450. Those wishing to remain anonymous can contact Crime Stoppers at 805-549-STOP.

On Friday, District Attorney Dan Dow and dozens of local residents attended a memorial and commemorative bench installation in Paso Robles in remembrance of murder victims Christopher Wilson and Trevon Perry. The park bench is on the north side of the play structure in Downtown City Park, next to the sidewalk that leads from Spring Street to Park Street.