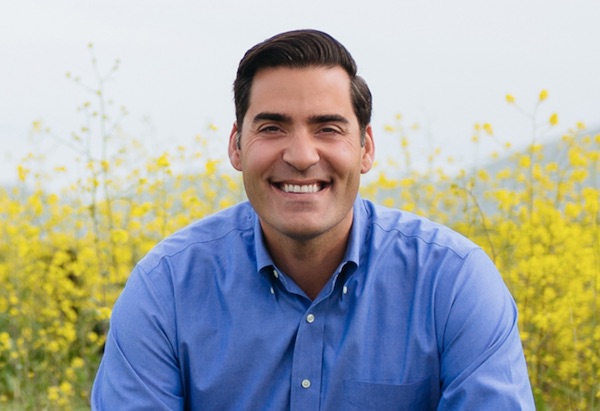 –Arroyo Grande City Councilman and local attorney Jimmy Paulding is running for District 4 County Supervisor once again in an effort to “restore good governance to the San Luis Obispo County Board of Supervisors.”

“As a public servant, I deeply value the responsibility of representing everybody, whether they vote for me or not,” Paulding said. “Valuing the perspectives of all who care to engage in a civil and respectful conversation is everything. If you don’t value that, you shouldn’t hold public office.”

Paulding is running for county supervisor after having narrowly lost to the current incumbent by only 60 votes out of more than 18,000 votes cast in June of 2018. Jimmy’s bid for supervisor drew countywide interest, leading the Paulding campaign to break local fundraising records for a challenger at that time, raising nearly $300,000. That November, he was elected to the Arroyo Grande City Council as the top vote recipient in a five-person race.

Paulding says he is running for supervisor for the same reasons he ran before. “Our community is not well served by the incumbent, and South County is suffering from a lack of leadership and creativity. We need someone with a strong vision to guide our post-pandemic recovery, to rebuild our economy with lots of good-paying jobs, and make sure no one is left out along the way,” he said.

“We also need transparency, accountability, and a rational basis for good policy-making. We must allow reason and results to prevail over rhetoric. At the Arroyo Grande City Council and regional boards I serve on, I have worked hard to earn a reputation for approaching each issue with an open mind, an open heart, and a willingness to work with my colleagues – despite our political differences – to see both sides and reach a compromise. These are skills and traits that I will bring to the Board of Supervisors in addition to my technical resume as an attorney and former infrastructure project manager.”

Paulding currently serves on a number of regional boards including the San Luis Obispo Council of Governments, the Regional Transportation Authority, and the Air Pollution Control District. He also spearheaded the recently launched Central Coast Economic Recovery Initiative (ERI) to support job creation and ongoing recovery efforts in the wake of the COVID-19 pandemic.

Paulding founded a small law practice in 2018, where he currently practices as a business and estate planning attorney. He formerly worked as a construction project manager and planner. Paulding is a lifelong San Luis Obispo County resident, and, along with his wife Kendra, is an active supporter of local nonprofits including Arroyo Grande in Bloom and the Diversity Coalition.

Redistricting is scheduled to take place later this year, ahead of the next primary election. The election is slated to be held on June 7, 2022. A campaign kick-off event will be announced in the near future.

To learn more about Paulding’s campaign and his vision for South County, visit jimmypaulding.org. Get in touch with Paulding by emailing hello@jimmypaulding.org or calling (805) 994-0025.