Measure will protect all victims of rape regardless of marital status 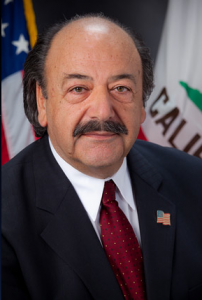 This week in Sacramento, Assembly Bill 65, by Assembly Members Katcho Achadjian (San Luis Obispo) and Bonnie Lowenthal (Long Beach), was given final approval by the California State Assembly. The unanimous vote comes more than two years after the Assembly approved a similar measure, AB 765 by Assemblyman Achadjian. That measure was stalled in the Senate Public Safety Committee.

Assembly Bill 65 will bring parity to statutes relating to rape by clarifying that an attacker who coerces a victim into sexual activity by impersonating somebody else can be prosecuted for felony rape. AB 65 is modeled after similar legislation in Idaho and has been drafted specifically to ensure that its provisions cover the myriad types of relationships that exist in modern society.

“It’s been a bumpy ride, but I am pleased that after nearly three years of hard work, we have finally secured final legislative approval and are on track to closing this outdated loophole,” stated Assembly Member Achadjian upon securing a unanimous concurrence vote in the Assembly. “It is unconscionable that in 2013 a rape prosecution hinges on whether or not the victim is married. While today’s vote cannot undo what was done to the victims in the Santa Barbara and Los Angeles County cases, it is my hope that knowing that future victims will be protected will bring them a small amount of comfort,” Achadjian continued.

“This change is long overdue,” said Assembly Member Lowenthal, Chair of the Legislative Women’s Caucus and Joint Author of AB 65. “Allowing this to stand in the 21st century would be like applying horse and buggy standards to our freeways.”

In 2011, Achadjian introduced AB 765 which would have extended the definition of felony rape to cases where an attacker coerced a victim into sexual activity by impersonation a co-habitant (live-in boyfriend or girlfriend). AB 765 was inspired by a case in Santa Barbara County in which the accused broke into the home of a female victim who had been sleeping. The perpetrator instigated sexual activity with the victim who believed that he was her boyfriend. Although the suspect was caught, the District Attorney could not prosecute him for felony rape simply due to the fact that the victim lived with her boyfriend rather than with her husband. Despite receiving unanimous support in the State Assembly, AB 765 was held in the Senate Public Safety Committee.

A recent State Court of Appeals overturned a rape conviction in a similar Los Angeles case. In its ruling the Court stated that the victim had not been raped because she was unmarried and the attacker had impersonated her boyfriend rather than her husband. The outrage following the ruling brought national media attention to Assembly Member Achadjian’s ongoing efforts to close this outdated loophole. AB 65 represents a continuation of Achadjian’s efforts.

“Telling a victim that I could not prosecute her attacker due to a loophole in state law was one of the most difficult things I have done as a prosecutor. Today we are one step closer to closing this loophole. While nothing will undue what was done to her, I look forward to calling Courtney to let her know that her story has inspired the Legislature to act and that because of her bravery we will be able to deliver justice to victims in the future,” state Santa Barbara District Attorney Joyce Dudley upon the Assembly vote. “I am extremely grateful to Assembly Members Achadjian, Lowenthal and Speaker Pérez for their leadership on this issue,” Dudley continued.

Assembly Bill 65 now goes to Governor Brown who has 12 days to sign or veto the bill.