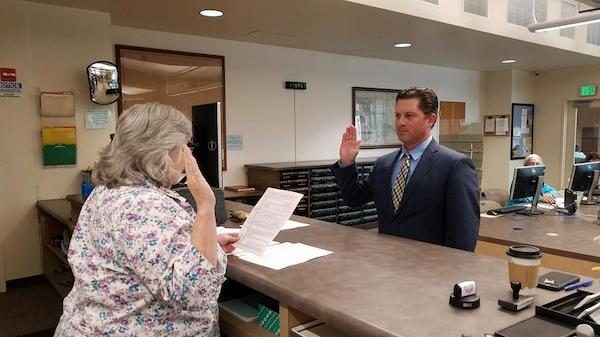 –Assemblyman Jordan Cunningham has officially filed his paperwork for re-election.

Cunningham took the oath of office at the San Luis Obispo County Registrar’s office on Tuesday ahead of Friday’s filing deadline.

“I am proud to be an independent fighter for the Central Coast,” said Cunningham. “Our district deserves a bipartisan leader who works across party lines to get things done. I look forward to continuing to move the Central Coast forward.”

Cunningham lives in San Luis Obispo County with his wife, Shauna, and their four children.