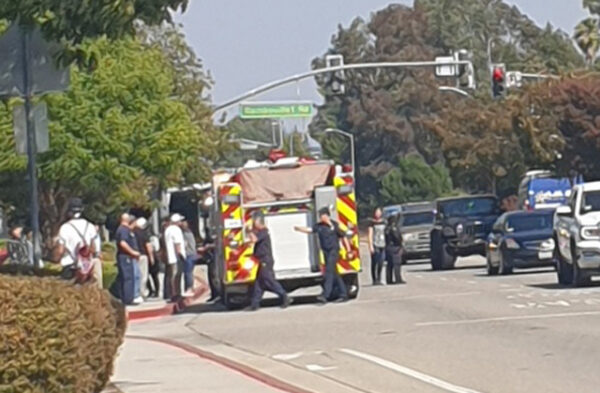 –As of Thursday morning, the non-student involved in an altercation on Wednesday outside of Paso Robles High School has been apprehended, according to Paso Robles School District Superintendent Curt Dubost. The suspect is reportedly 18 years old.

No further information is available.

Suspect being sought by police

–On Wednesday afternoon, an assistant principal at Paso Robles High School was trying to diffuse a situation on Niblick Road when he was struck in the face by a subject, according to a school district official.

The assistant principal fell, hitting his head on concrete, and was transported to a local hospital. He was conscious when emergency workers transported him.

The incident occurred around 3:30 p.m. after school for the day was dismissed. Paso Robles Fire Department firefighters, an ambulance, and Paso Robles Police responded to the scene. The incident caused traffic to back up along Niblick Road for about 30 minutes.

Police were seen searching nearby for the suspect in the altercation. Police were in the vicinity of Wade Street, south of the high school campus.

Witnesses were cooperating with the police on the scene.

No other details were available at press time. Check back for more information.