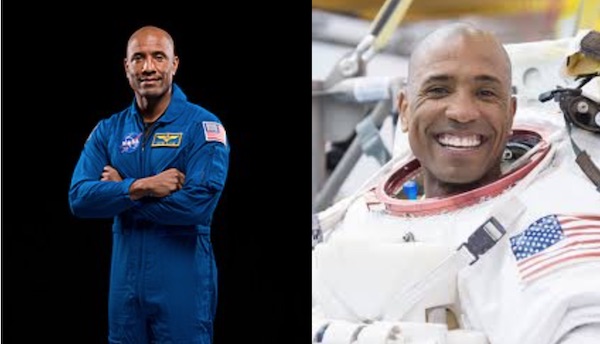 –Naval Commander Victor Glover is on the International Space Station for six months. The 44-year-old astronaut arrived at the space station in November.

Glover graduated from Cal Poly in general engineering. While he was at Cal Poly he tutored math and science at Flamson Middle School in Paso Robles. That was about 25 years ago. He says tutoring middle school students taught him about facing the challenges he faced as an engineer, Navy test pilot, and ultimately, an astronaut.

Recently, Glover conducted an interview with Cal Poly Students who were members of the National Society of Black Engineers. When he attended Cal Poly, Glover was president of the group. He graduated from Cal Poly in 1999.

Asked what his greatest challenge was in his academic and professional career, Glover said, “Self-doubt. Internal struggles are the greatest ones to overcome. Sometimes it takes what football, basketball, or wrestling coaches will tell you when they see you dogging it on the court or on the track, or on the mat. Sometimes you just have to keep your feet moving. It’s just effort. It’s not being smart. It’s not being good-looking. It’s not being the funniest person in the room. It’s being the hardest working person in the room. The beautiful thing about hard work? You can control it right now.”

Glover also talked about how he tries to de-stress in space. “One of the things I really enjoy is exercising. We have times to exercise every day, and that helps me to relieve stress. I really enjoy lifting weights. It’s one of the things that makes me feel normal in weightlessness. It puts weight on all your major joints. I also enjoy reading. Taking the time to just sit back, pick up my iPad, and open a book and peruse or just really dig deep. Everything from my Bible to some pretty heavy stuff. I’m reading the book Sapiens right now. It’s a little dense, but it’s good to take a journey away from the space station for a few hours and lose myself in a good book. 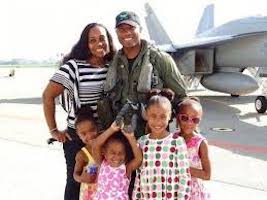 “The single most enjoyable thing I get to do is to talk to my family on the phone or video conference. I get to have a video conference once a week where I can see them and they can see me. I really enjoy that. We play games sometimes. We really like to play charades. Playing charades in micro-gravity is pretty awesome. I can do stuff they can’t do on the ground. And that is the single most important thing I get to do that helps me not stress. Knowing I get to talk to them at the end of the day makes the rest of the day go pretty smooth.”

Glover, his wife, and four daughters live in the Bay Area. He hopes to return to earth in time to see his daughter graduate from high school in June.