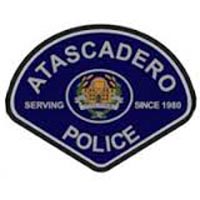 On Wednesday at approximately 1 a.m., Atascadero Police responded to a report of a robbery which had just occurred at Burger King. An unknown male suspect was reported to have entered into the business and taken a large amount of cash from the lone employee who was closing the business for the night. The suspect was last seen exiting the business in an unknown direction. Officers conducted a search of the area utilizing an Atascadero Police K9. The search was unsuccessful.

Detectives conducted follow up investigation into the robbery. Juan Martinez Jr., 21 years old, was contacted at his residence in Atascadero. Martinez Jr is the employee who reported the robbery. During a probation search detectives located a large amount of cash and two bank deposit bags which belonged to Burger King. Martinez Jr later confessed to taking the money from the business and making the false robbery report to the police department.

Martinez Jr. was booked at San Luis Obispo County Jail on charges of embezzlement and making a false police report.