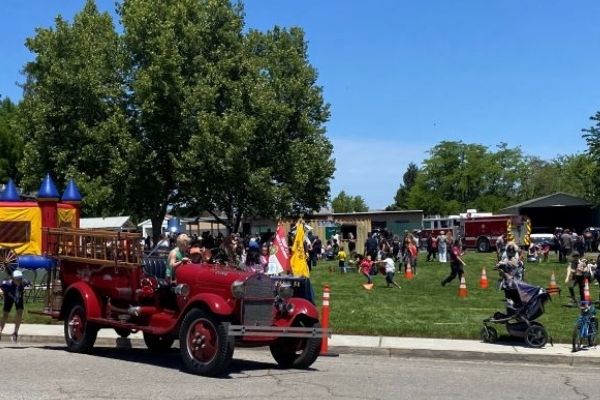 – The Atascadero Fire Department held an open house at their fire station Saturday to celebrate 100 years of fire service in Atascadero.

The celebration opened with a speech by Atascadero Mayor Heather Moreno. The Estrella Warbirds performed a fly-over. Boy Scout Troop 51 did a flag ceremony with the Pledge of Anniversary. All five Atascadero City Council members attended the event. 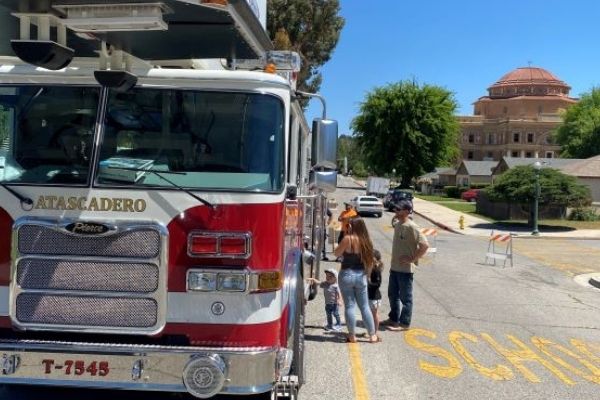 ”The Fire Protection District formed in 1922 in response to a five thousand acre wild-land fire which threatened the city,” Atascadero Fire Chief Casey Bryson said, “The city fire department started in 1979. We’ve been a wild-land fire agency since the beginning, but the department’s equipment has changed. We still have a 1929 Ford Fire Truck. The crew sat in the open in the back of the old truck, exposed to smoke. Now, we have a hook and ladder truck which is enclosed, and the ladder can extend as high as the rotunda.” 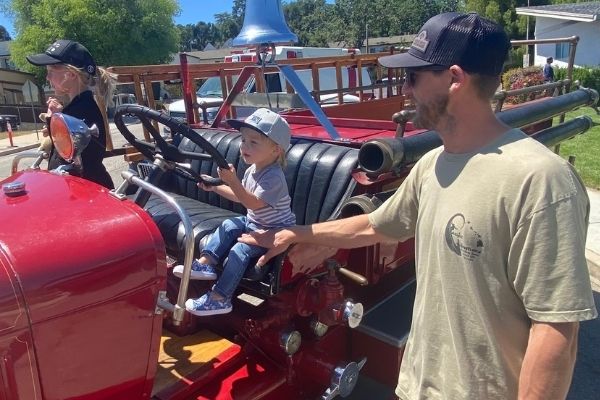 The old Atascadero fire house building is just a couple of blocks down Traffic Way. The city is currently negotiating with the state to take over the old National Guard building and lot so they can expand further. The plan is to create a Safety Center which would provide an office for the Atascadero Police Department and Atascadero Fire Department. That is also very near the current fire station.

Saturday, hundreds of people attended the open house and anniversary celebration at the Atascadero Fire Station. 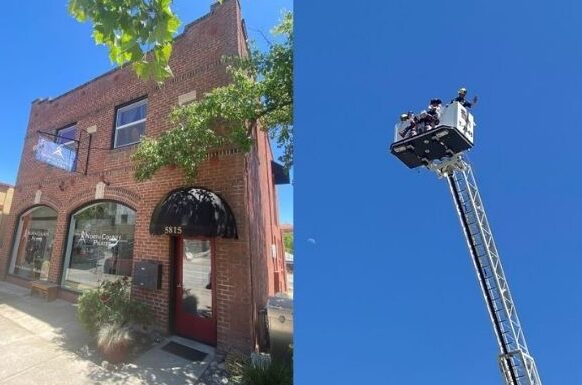 The historic firehouse location, and firefighters waving from the top of their fire ladder.