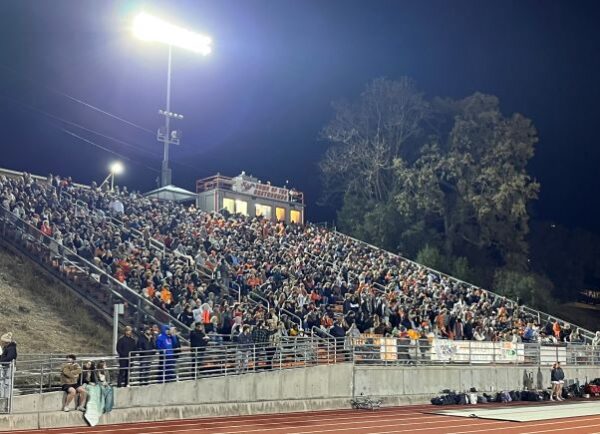 Friday night, the stands were packed on both sides of the field.

The game was a rematch of a game in Santa Maria on Oct. 28, when the Panthers beat the Greyhounds 21-20. 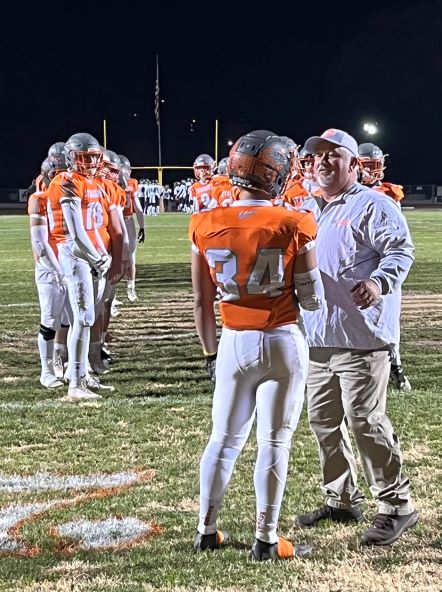 Friday night, the stands were packed on both sides of the field. The Panthers jumped out to a 13-0 lead in the first quarter. They capitalized on two Greyhound turnovers. In the second quarter, Kaleb Pryor scored on a 40-yard pass from QB Kane Cooks. The PAT was blocked by the Panthers. The score at half-time was Pioneer Valley 13, and Atascadero 6. 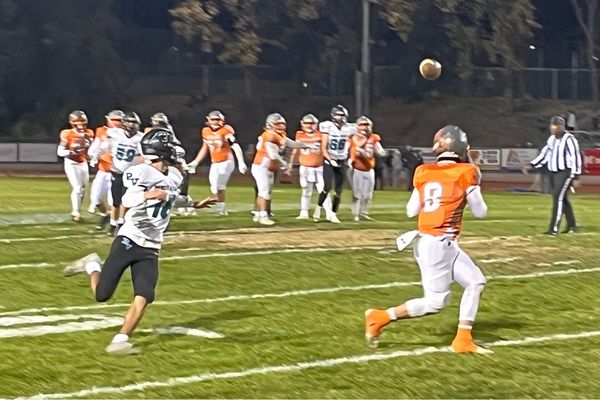 The second half was all Atascadero. In the third quarter, Atascadero recovered a fumble and took over on Pioneer Valley’s 41-yard line. Trey Cooks scored a rushing touchdown to tie the score at 13-13. The Greyhounds blocked an attempted field goal. The Greyhounds scored two more touchdowns in the fourth quarter to win 27-13. Kane Cooks scored on a quarterback keeper to make the score 19-13. Trey Cooks ran it in from one yard out for the final touchdown. Skyler Silva made both points after touchdown. 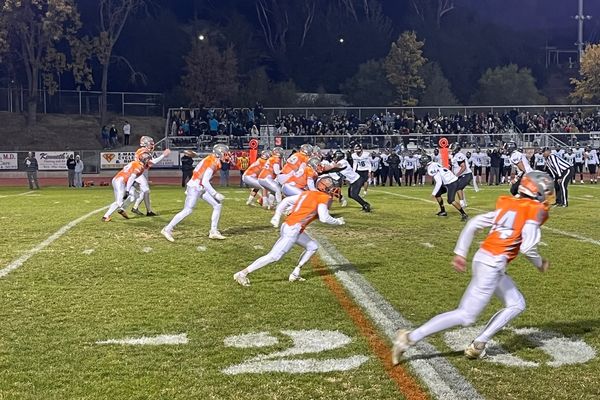 The Greyhounds win Division V in the Central Section. They will learn over the weekend who they will play in the regional championship. The winner of that game will play for the state championship.