An Atascadero Planning Commission decision to grant Fitness Evolution a conditional use permit to open a fitness club in the old Spencer’s Fresh Market building at 8665 El Camino Real has been appealed by Champions Health and Racquet Club owner Hank Minardo and Give Fitness Health Club owner Josh Donovan. Along with Kennedy Club Fitness, the new gym would be the fourth fitness club in Atascadero. The appeal will go before the Atascadero City Council on Tuesday, May 26 at 6 p.m. 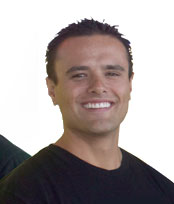 “For me, it’s hard. There’s a credibility issue as a gym owner, it looks like I don’t want another gym in town,” Donovan said. “If it were Planet Fitness or 24-Hour Fitness, [it’d be different].” He said the issue is Fitness Evolution’s reputation, which isn’t good. The Better Business Bureau gave Fitness Evolution a “F.”

“BBB files indicate that this business has a pattern of consumer complaints alleging difficulty cancelling services and obtaining refunds,” the Better Business Bureau’s review of Fitness Evolution reads. “In some cases, complainants indicate that they are billed after signing the cancellation forms required by the company to cancel services. Consumers also allege that they are charged even though they only sign up for a free trial membership. The company generally responds to cancellation complaints by outlining the terms of service, and holding consumers to the agreement.”

GGD Oakdale, LLC, of Modesto owns the property. One of the owners of the LLC, Sanjiv Chopra, is the manager of Fitness Evolution. Bobbi Sargenti is the operations manager. According to the Better Business Bureau, Fitness Evolution also goes by the names of Fit U, OM Fitness, LLC, and Zeus Fitness, LLC.

City of Atascadero Interim Community Development Director Bobby Lewis said that city staff recommended approval of the project because it met all the findings of approval.

“I’m a true believer of health and fitness,” Donovan said, adding that if people have a bad experience with a health and fitness business — as people who have shared on Yelp and reported to the Better Business Bureau — they will be turned off fitness and not want to join another club. “They hurt the industry. They hurt the general population.”

JPlus Architects of Roseville, along with Fitness Evolution’s owners, did not respond to multiple press inquiries.