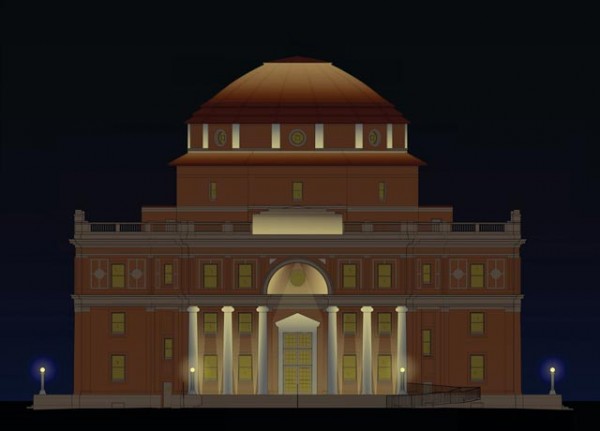 The City of Atascadero announced that, with additional grant funding received from the California Cultural and Historical Endowment (CCHE), a state entity tasked with preserving and protecting California cultural heritage, the city is now able to move forward with the final project related to the restoration of the Historic City Hall building, the exterior lighting project. 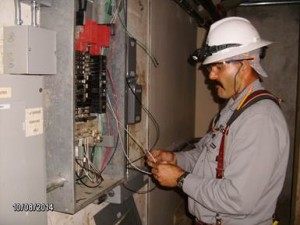 Adam Ament from Rob Reynolds Construction working on the wiring at city hall for the project.

Atascadero’s City Hall building was severely damaged in the San Simeon Earthquake of 2003; restoration of the historic building was completed in 2013, with the exception of the planned exterior lighting project due to lack of funding at the time.

With the receipt of additional grant funding from CCHE, the new exterior lighting is currently in the process of being installed and will be used to highlight the dome, light the four famous quotes engraved above the entrances, up-light the Palma and Lewis Avenue columns, highlight parts of the upper rotunda, and provide additional entrance lighting.

The installation contractor, Rob Reynolds Construction, is now on site and is working on the backbone wiring in the basement and upper rotunda of the building. Once all of the fixtures and bulbs ordered for the project have been received, a large crane will be brought in for the installation of the new lights on the upper dome. City staff expects the project to be complete in time for this year’s holiday festivities such as the annual Winter Wonderland event.

As stated by Mayor Tom O’Malley, “We have come a long way since the 2003 Earthquake. Our community has been patient while we have rebuilt our historic city hall for a fraction of its value by working with a number of grant sources. Now we will be able to light up city hall in time for the holidays. It will be as impressive as our Centennial Grand Opening last year”.

Two separate bid packets were released by the city in July for the project, one for the materials consisting of lighting fixtures and bulbs and the other was for the actual installation work for the lighting. Both bids were opened in August. Consolidated Electrical Distributors (CED) of Paso Robles was awarded the bid for the materials and Rob Reynolds Construction, Inc. of Creston was awarded the bid for the installation.

Grant funding received by the city from CCHE for the lighting project comes to a little over $157,000. The city portion of the funding for the project is slightly over $117,000 and comes from 2010 Bond Funds.