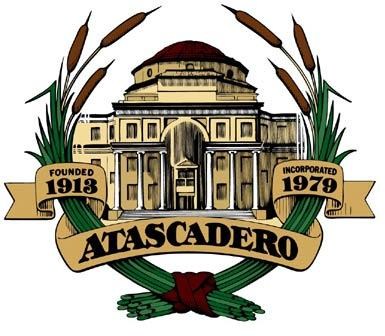 –The City of Atascadero has announced new evacuation alert sirens. In addition to their recently added, “Atascadero Know Your Zone,” to communicate which areas are being evacuated, this new alert system is another way to notify Atascadero residents of the need to evacuate immediately during an emergency, so “if you hear the Hi-Lo, you know it’s time to go!”

With the recent massive wildfires across California, it’s important to be able to evacuate large populations quickly and have the ability to get residents out of harm’s way when just minutes count. The new Hi-Lo style sirens have been in use in the Bay Area since 2018, when a pilot project began in the Sonoma, Napa, and Solano County sheriff’s departments after many residents failed to receive evacuation alerts during the deadly 2017 fires. Few residents had official warnings that fires had broken out across the region, even hours into the firestorm. Following a number of recent massive wildfires in California, there were calls from all over the state highlighting the need for better alert systems.

Until recently, the Hi-Lo alerts were not allowed by the California Highway Patrol, which has authority for determining what sirens can be used in the state. New legislation authorizes the use of Hi-Lo sirens “solely for the purpose of notifying the public of an immediate evacuation in case of an emergency,” not for regular emergencies. They may now be installed for ambulances, lifeguards, police, fire, emergency services, or forestry vehicles.

The distinctive sound made by the Hi-Lo sirens reportedly causes people to pay better attention. It has been shown that most people have become “somewhat numb” to regular police, ambulance, and fire sirens. However, with the Hi-Lo siren, you will never hear that particular sound unless there is a major problem and you need to evacuate. This European-style, two-tone siren makes a very distinctive and unfamiliar sound.

During a local emergency, responders and residents may not be able to rely on traditional electronic communications, including television, radio, or social media, for emergency notifications. The Hi-Lo siren is another great tool to have available in the city’s emergency response tool belt, and is an additional option to be able to contact residents during an extreme emergency. It will only be used for immediate evacuation notifications and during a situation of extreme emergency.

For questions about this new evacuation alert siren, contact the Atascadero Fire & Emergency Services at (805) 470-3300 or the Atascadero Police Department at (805) 461-5051. For this or another city-related topic, contact Atascadero City Manager Rachelle Rickard at rrickard@atascadero.org.