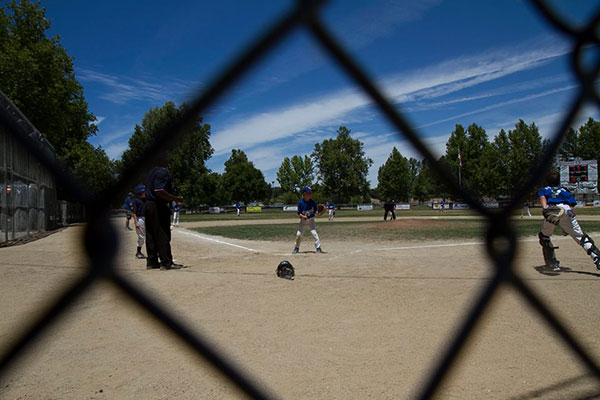 —The Atascadero Little League organization’s safe was recently burglarized and approximately $1,000 was taken. The organization was raising money to fix a broken water valve at Paloma Creek Park. The broken valve caused the city to shut off the water to the field over the summer, which left the field’s grass completely dead. Gower Slane, Little League Vice President, explained that while the City of Atascadero maintains the outfield and handles mowing lawns, there’s an agreement in place by which Little League is responsible for watering and all infield dirt areas.

The missing funds to fix the water valve were raised through raffle ticket sales. Additional funds from concession stand sales were also in the safe. Slane filed a police report with the Atascadero Police Department but as of Tuesday, there were still no suspects or working leads.

The funds were found missing by Little League President Jim Vaile on Nov. 6. Vaile is the only person who currently holds keys to the safe. Though he’s the only key holder at this time, there have been several past presidents who have been key-holders, who could have made copies of the keys while they were in their possession. According to Slane, the safe requires two keys to open the lock and both keys have to be turned at the same time.

The organization stands behind their president and does not believe he is the culprit. They consider Viale a community pillar without motive and believe it is possible the safe was not locked properly, leaving it vulnerable to theft. According to Slane there was no sign of damage to the safe or forced entry into the snack bar area, though many people have copies of the key to the snack bar including every coach in the organization. Additionally, there is a possibility the concession area was also not locked properly and someone was able to open the door without breaking in.

The Atascadero Little League organization is speaking out about this theft to alert the public about this type of crime happening in the community. They urge folks to report suspicious behavior to prevent more theft from occurring. There have been two other burglaries in the snack bar over the past two years where smaller amounts of cash, food and drinks were stolen. It is unsure if this burglary is related to the other two. “Steps are being taken to make the sheds more secure,” Slane said, “and we are looking into additional security measures.”

The loss of these funds affects approximately 300 Little League players who used the Paloma Park field for their games and practices. There are not enough baseball fields available in Atascadero, Slane noted, and raising funds is not easy. The organization will have to continue fundraising in order to replace the stolen money, fix the broken water valve and rehabilitate the field. The Atascadero Little League organization has been actively working to bring baseball culture back to Atascadero as a community sport and is dedicated to their efforts.

Slane said that Little League board members are hunting for new sponsors and donations to help offset the cost of fixing the fields, which they need to do right away. The organization’s goal is to raise a total of $3,000. Anyone interested in donating funds can contact Gower Slane, info@atascaderolittleleague.com, or send donation checks to Atascadero Little League, P.O. Box 2375, Atascadero CA 93422.

Posted in:  Atascadero, Edited
About the author: News Staff