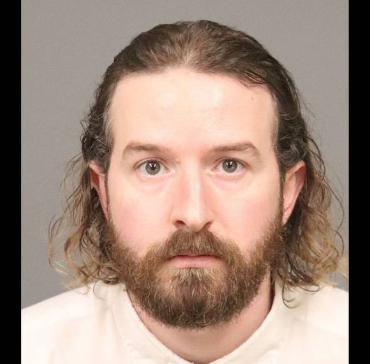 Abate is the owner of Cardinal Barbershop in Atascadero

– Atascadero business owner Nathan Daniel Abate, who has been accused of sexual assault by multiple women, was arrested yesterday on suspicion of sex crimes, according to reports.

San Luis Obispo County District Attorney Dan Dow announced yesterday that Abate, 34, of Atascadero has been arrested by the San Luis Obispo County Sheriff’s Office and charged with oral copulation of a person under the age of 18 and rape of an intoxicated victim, both charges are felonies. The allegations involve two separate victims, and the crimes are alleged to have occurred between Aug. 2008 and Dec. 2010.

Abate is the owner of Cardinal Barbershop in Atascadero.

Detectives also obtained an arrest warrant for Julian Contreras who is also accused of sexual assault charges stemming from the same investigation. Detectives are actively attempting to locate Contreras, according to the sheriff’s office.

The San Luis Obispo Police Department and the sheriff’s office began investigating Abate and Julian Contreras, former owner of Kin Coffee in downtown San Luis Obispo, in April 2022 after several criminal allegations came to light on social media, according to a report by the Tribune. So far only Abate has been charged.

More than 30 women have reportedly come forward on social media with stories of sexual assault or harassment by the two men sometime between 2008 and 2021, according to the Tribune.